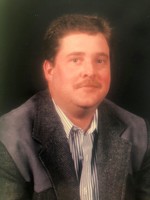 Thomas Dean McCurdy, 56, of Polson, MT passed away at his residence on March 7, 2020 from complications of Multiple Sclerosis.

Cremation has taken place, and no services will be held. Please consider donations to the National MS Society in Tom’s memory.