To share your memory on the wall of Agnes Charlo, sign in using one of the following options:

Provide comfort for the family of Agnes Charlo with a meaningful gesture of sympathy.

Print
Agnes V. "Virg" Charlo, 85, passed away Saturday morning, May 18, 2019 at St. Patrick Hospital in Missoula, surrounded by her family.

Virg was born July 25, 1933 in Arlee to Pete Asencio and Cecille Cullooyah. She was a member of the Con... Read More
Agnes V. "Virg" Charlo, 85, passed away Saturday morning, May 18, 2019 at St. Patrick Hospital in Missoula, surrounded by her family.

Virg was born July 25, 1933 in Arlee to Pete Asencio and Cecille Cullooyah. She was a member of the Confederated Salish & Kootenai Tribes. Virg attended school at the Ursulines in St. Ignatius. She married Louis B. "Johnny" Charlo on April 28, 1952, and they made their home in Arlee. They moved to California, Washington and Idaho where Johnny worked various jobs. They later returned home to Arlee. Virg later worked as a caregiver for her aunt, Agnes "Oshanee" Kenmille.

Virg enjoyed the casino, her family, her chihuahuas, going for rides in the mountains with her sister Madeline, Elvis (who she got to see once while she was pregnant) as well as thrift shops, yard sales and the dollar store where she liked to buy things for her grandkids, great grandkids and add to her own collection of knick knacks and other great deals.

She was preceded in death by her parents, her husband, her brother Benjamin Asencio, her son Louis Charlo, her daughter Charlo Dick and her grandchildren Kenneth and Rose Lilley and Rosalie Charlo.

Survivors include her sisters Madeline Finley and Josephine Gonzales, her brother Max Asencio, her children Wahneta (Ken) Logue of Portand, OR., Francine (Joe) Dupuis of Pablo, Vivian "Sissie" Charlo, Virginia "Tiny" Charlo, Mike Charlo, and Charles (Zelda) Charlo all of Arlee, MT, 40 grandchildren, 105 great grandchildren and 20 great-great grandchildren as well as her special cousin Francis (Wilma) Cullooyah, her canine sidekick, Goofy, and many other family and friends too numerous to name. She also raised four of her grandchildren whom she loved tremendously: Johnny “Shawn,” Sunny, Kao and Wesley Charlo.

Traditional wake starts at noon on Monday, May 20 at the Arlee Community Center on Pow-Wow Road. Rosary will be recited there on Tuesday, May 21 at 8:00 PM and funeral services will start at 10:00 AM on Wednesday, May 22. Interment will follow in the Jocko Cemetery where she will lie to rest with her family.
Read Less

We encourage you to share your most beloved memories of Agnes here, so that the family and other loved ones can always see it. You can upload cherished photographs, or share your favorite stories, and can even comment on those shared by others.

Posted May 25, 2019 at 07:02am
We wanted to share our condolences with Agnus' family. It is never easy to have to say goodbye to a loved one. The pain of loss can be unbearable. Our Creator promises us that one day this pain will be just a memory. That beautiful promise can be found at Revelation 21:3,4. Our pain and suffering will be a thing of the past, and we can cry tears of joy as we welcome back the ones that we love so much. We hope you find comfort in those promises.
Comment Share
Share via:
HS

Flowers were purchased for the family of Agnes Charlo. Send Flowers 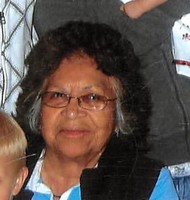 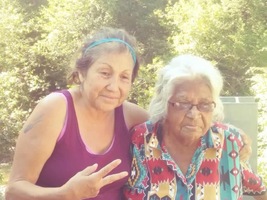