To share your memory on the wall of Anne McCann, sign in using one of the following options:

Print
Reflecting upon the importance of living each moment to its full, Anne Marie remarked “the years go by fast.” One reason the years may have gone by fast is due to the fullness with which Anne Marie lived them.

Born to a pharmacist f... Read More
Reflecting upon the importance of living each moment to its full, Anne Marie remarked “the years go by fast.” One reason the years may have gone by fast is due to the fullness with which Anne Marie lived them.

Born to a pharmacist father and homemaker mother in Clinton, Iowa, Anne Marie Zwisler moved with her family to Kohler, Wisconsin shortly thereafter. It was there she enjoyed time spent with her two brothers, Jim and Charles, and sister, Rosemary. One of the few women of her generation to earn a college degree, she graduated from the College of St. Benedict in Minnesota, and attended graduate school at Loyola University in Chicago.

While at a social gathering in Chicago, Anne Marie met a young law student who later offered her a ride to Minneapolis. It was on this ride Anne Marie displayed her characteristic traits of generosity, appreciation, and empathy by, among other things, offering to pay her share of the gas and expenses. These traits, along with a shared Catholic faith, brought Anne Marie and Paul McCann together. This ride was the start of a 65-year journey together. During their courtship, Anne Marie enjoyed the double-dates she, Paul, and Paul’s sister, and soon-to-be brother-in-law, Beatrice and Dennis, shared.

A product of the Great Depression, she often thought of the hardship her parents endured as she was able to build an adventurous life with Paul McCann. Although she traveled throughout the world, including China at the start of the reforms led by Deng Xiaoping, her favorite trips were to Wisconsin to visit her sister, Rosemary and Rosemary’s husband, John and to Chicago to visit her sister-in-law and brother-in-law, Beatrice and Dennis and their growing families.

Together Anne Marie and Paul shared eight children: Bill, Tom, Paul, Miriam, Genet, Tim, Kath-leen and Sheila. Because Paul’s work often required him to be away from home, Anne Marie dedicated herself to being an exemplary mother, not only to her own children but that of her children’s friends as well. Anne Marie’s children recall her always allowing them to invite their friends to their small cabin on the Saint Croix River, in addition to all eight of her own children!

As Anne Marie grew older, she enjoyed spending time on Polson Bay watching the seasons change with her life companion, Paul. After Paul’s passing, Anne Marie spent more time in Avi-la Beach, California with her daughter, Sheila. There, she enjoyed her frequent visitors, and Skype calls with family members.

Friends and family of Anne Marie remember her dedication to the Catholic faith, her fullness of life, and the calming effect she had on her large family. She was gracious and kind to family, friends and strangers alike. People would say I never heard her say a bad word about anybody. She will be missed very much and remembered by all who graced her friendship.


Anne Marie passed away peacefully in her California home on July 20th, 2019. She was 96-years old. Anne Marie is survived by her eight children, 15 grandchildren and six great-grandchildren.

The Immaculate Conception Catholic Parish will hold a vigil on Monday, August 5th at 7 p.m., and a funeral on Tuesday, August 6th at 10 a.m. in honor of Anne Marie.
Read Less

To send flowers to the family or plant a tree in memory of Anne Marie McCann, please visit our Heartfelt Sympathies Store.

Receive notifications about information and event scheduling for Anne

We encourage you to share your most beloved memories of Anne here, so that the family and other loved ones can always see it. You can upload cherished photographs, or share your favorite stories, and can even comment on those shared by others.

Frank , Peggy, Theo, Will, Art and Luke Kestner sent flowers to the family of Anne Marie McCann.
Show you care by sending flowers

Posted Jul 29, 2019 at 09:53pm
With heartfelt condolences, from Renee Williams on behalf of the Las Cruces Discalced Carmelite Seculars.

Flowers were purchased for the family of Anne McCann. Send Flowers

Flowers were purchased for the family of Anne McCann. Send Flowers 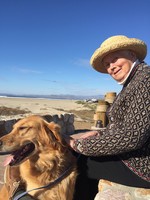