To share your memory on the wall of Bonita Rice, sign in using one of the following options:

Print
On the evening of Friday, November 8, 2019, Bonnie Gauthier Rice, loving mother, grandmother and sister, was called home at the age of 66.

Bonnie was born on June 23, 1953 in St. Ignatius, Montana to Louie and Mary Gauthier. She was rai... Read More
On the evening of Friday, November 8, 2019, Bonnie Gauthier Rice, loving mother, grandmother and sister, was called home at the age of 66.

Bonnie was born on June 23, 1953 in St. Ignatius, Montana to Louie and Mary Gauthier. She was raised on the family ranch in Arlee, the youngest of five children. Bonnie spent her early years attending school in Arlee, riding horses, doing chores and pestering her older brothers and sister. She was the family keeper of the pets, finder of lost objects and the apple of her daddy’s eye.

The family moved to Missoula when Bonnie was in fifth grade. She adjusted to life in town by staying active in Junior Riders, piano lessons and school, attending Lewis and Clark Elementary. She attended Hellgate High School in Missoula and Polson High School then finished High School at a Bureau of Indian Affairs Boarding School in Roswell New Mexico in 1971.

Bonnie lived and worked in several states over the next few years ending up in Seattle in the mid-1970s. It was there she met the love of her life, Bill Rice. In 1978 Jeremy Rice was born to Bonnie and Bill. By then, Bonnie had moved to Butte, USA where she opened “Lady B’s” clothing store. After a couple of years Bonnie and Bill relocated to Kalispell for a short time before settling in Pablo, Montana. Bonnie, an enrolled member, went to work for the Confederated Salish and Kootenai Tribes in 1981. Her employment with the Tribes continued until her failing health forced her retirement in 2010. In all, she spent nearly 30 years working with the Tribes in several capacities where she made many friends. She was known for her ability to say what others were thinking, creating many hilarious memories. During this period, Bonnie also worked at the family steak house, Gauthier’s. She often caught hell for buying too many drinks.

Bonnie was active in the Cursillo movement in the Mid 80s and made many friends and developed a deep faith in God. Bonnie was a loyal friend and advisor. She would listen to any problem without judgement. She had friends from all walks of life and loved each of them. She was a loving aunt and confidant to her many nieces and nephews. Bonnie was great company, played a dominant game of pinochle, and enjoyed a good story, suitable or not! Her favorite thing in the world though was her granddaughter Monique. That little girl brought so much love and entertainment to Bonnie over her last couple of years, she was always happy in spite of significant health issues. She never complained.

Bonnie was preceded in death by her parents Louie and Mary, Sister Vickie McCarthy, and former husband and best friend Bill Rice.

She is survived and terribly missed by her son Jeremy Rice and his wife Melissa, granddaughter Monique, Brothers Larry (Jolene), and Gary, both of Polson, Bob (Myrna) of Ronan, step-mother Dean Gauthier of Missoula, step-daughters Terri Gordon-Rice and Linda Westland-Rice and step son Patrick (Theresa) Rice in Washington and newest brother Bob Decker of Arizona. She is also survived by many nieces, nephews and cousins.

Cremation has taken place. A rosary will be held at St. Ignatius Catholic Church on Sunday, December 1st at 8:00 pm and Mass on Monday, December 2nd at 10:00 am at the church.
Read Less

To send flowers to the family or plant a tree in memory of Bonita Louise "Bonnie" Rice, please visit our Heartfelt Sympathies Store.

Receive notifications about information and event scheduling for Bonita

We encourage you to share your most beloved memories of Bonita here, so that the family and other loved ones can always see it. You can upload cherished photographs, or share your favorite stories, and can even comment on those shared by others.

Gary Neumann, Chelsea and Blain and families sent flowers to the family of Bonita Louise "Bonnie" Rice.
Show you care by sending flowers

I sure was saddened to see the news about Bonnie. The article in The Missoulian was beautifully done.

She had a great spirit, laugh and smile. Whenever I saw her, all three were usually in evidence. She was full of love for her family and fiercely loyal to it. There was no phony or pretense in her; just "The Bon" herself, right there in front of you.

I always thought her middle name or Indian name, should have been "Kick in the Pants" because that's how everybody described her. And I mean everybody. That's how I'll remember her.

My condolences to her Family and Friends who I'm sure will miss her a lot.

Posted Nov 14, 2019 at 03:21pm
Bonnie became a dear friend to my family, Chelsea and Blaine throughout the years. I loved her laughter and spirit. She will be missed.
Comment Share
Share via:
GF

Posted Nov 13, 2019 at 10:35am
I will always remember Bonnie's great sense of humor & wit! Her laugh was contagious & her hugs HUGE! May her soul, through the mercy of God, rest in peace! May God's blessings of peace & comfort be with her family & friends. Terry Orr
Comment Share
Share via:
LH

Posted Nov 12, 2019 at 10:39pm
I will always remember Bonnie's famous birthday cake from Gauthiers...we still eat it every year for my brother's birthday...his request! Rest in Peace, Bonnie!!
Comment Share
Share via: 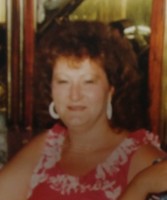