To share your memory on the wall of Bruce Cunningham, sign in using one of the following options:

Print
Bruce Douglas Cunningham, 73 passed away in his Polson home on July 18, 2020 after a long and courageous fight with multiple myeloma.

Born in Freeport, New York on July 8, 1947 to Ralph Cunningham and Helen Klimm, he was the eldest brot... Read More
Bruce Douglas Cunningham, 73 passed away in his Polson home on July 18, 2020 after a long and courageous fight with multiple myeloma.

Born in Freeport, New York on July 8, 1947 to Ralph Cunningham and Helen Klimm, he was the eldest brother to Barry, Brian, and Bonnie Cunningham. He spent his childhood traveling around the world with his military family.

Bruce was drafted into the Vietnam War in 1967. While he fought bravely for his country and survived, it was the effects of agent orange that eventually ended his life.

Bruce moved to Montana in the 70s. He was an avid outdoorsman and spent his free time taking full advantage of his outdoor playground. He enjoyed hiking, hunting, rafting and skiing. Bruce spent 30+ years working as a mechanic for the Yellowstone Park Service, before retiring. He often expressed appreciation for the career that allowed him to spend his days in such a wondrous environment.

Everybody that encountered Bruce, knew he could light up a room. It didn’t matter the size or character of his audience, he would have everyone howling with laughter. He touched many lives, and will be remembered as a fun-loving and funny, friend, father and companion.

Bruce is preceded by many and will be welcomed with open arms, and paws, on the other side. He is survived by his wife Tamara, daughter Cara and son Matt Cunningham and Family. His sister Bonnie is now the sole survivor of his nuclear family.

Currently, there are no plans to have a memorial service due to social distancing requirements and concern for everyone's safety. We hope you share your stories of Bruce and celebrate the adventurous, blessed life he lived.
Read Less

Receive notifications about information and event scheduling for Bruce

There are no events scheduled. You can still show your support by sending flowers directly to the family, or planting a memorial tree in memory of Bruce Douglas Cunningham.
Plant a Tree

We encourage you to share your most beloved memories of Bruce here, so that the family and other loved ones can always see it. You can upload cherished photographs, or share your favorite stories, and can even comment on those shared by others.

Posted Jul 29, 2020 at 09:43am
To the family, my heartfelt condolences for your loss. Please find comfort in the knowledge that God promises to end all suffering. Before long, God will wipe out every tear from our eyes, and “death will be no more, neither will mourning nor outcry nor pain be anymore. The former things (will) have passed away.”(Rev. 21:3,4). May this promise from God give you comfort now and a real hope for the future. My deepest sympathy. 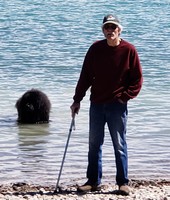 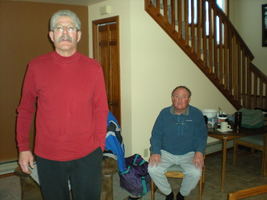 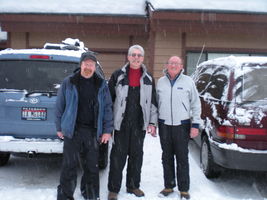 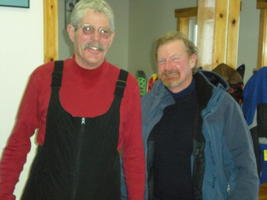