To share your memory on the wall of Carlie Reum, sign in using one of the following options:

Carlie graduated from Polson High School in 1952. At the age of 18, he joined the Airforce and served during the Korean Conflict. After the Korean War was over, he was stationed in Alaska as a staff clerk until his discharge. He received several certificates for distinguished service. Carlie was one of the very last living Korean War Veterans in the world.

Carlie married Margaret (Sandy) Sandberg in 1959 and they had three children, Sandy Lou, Carlie Fred, and Clarence. He married Carol Pfau in 1970 and they had two children together, Chipp and Carlie Lynn. He married Nancy DeClue in 2006. They later divorced in 2014 but remained friends.

Carlie was a musician. He was a bass player and played all over the country with many bands. He started his own band called Whiskey Creek Outlaws. They played for many years all over Montana. He also was a long hall truck driver and hauled cement for his brother Roy. He also enjoyed karaoke, camping, and fishing.

Carlie was preceded in death by his parents; son Carlie Lynn; and his five brothers LeRoy, Clarence, Arthur, Clinton, Melvin, and two sisters Pearl and Ester; and his two wives Margaret and Carol.

A full military graveside service will take place on Saturday, March 14, 2020 at 11:00 am at Ronan Cemetery.
Read Less

To send flowers to the family or plant a tree in memory of Carlie Elmer Reum Sr., please visit our Heartfelt Sympathies Store.

We encourage you to share your most beloved memories of Carlie here, so that the family and other loved ones can always see it. You can upload cherished photographs, or share your favorite stories, and can even comment on those shared by others.

Bridget and Jamie sent flowers to the family of Carlie Elmer Reum Sr..
Show you care by sending flowers

Posted Mar 11, 2020 at 04:36pm
Carlie and Pam, We are very sorry for your loss. Our deepest sympathies and condolences. Our thoughts and prayers are with you during this time.

Bridget and Jamie purchased flowers for the family of Carlie Reum. Send Flowers 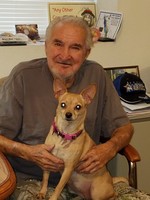