To share your memory on the wall of Charles Blankenhorn, sign in using one of the following options:

Provide comfort for the family of Charles Blankenhorn with a meaningful gesture of sympathy.

Charlie graduated from Polson High School in 1968. He soon found himself enlisted in the Unties States Army on November 20, 1969. During this time, he worked as a Military Police Officer; and achieved the rank of Specialist. He was also awarded the National Defense Service Medal. He was Honorably discharged on November 4, 1971. In December of 1973, he married Karen Ludwick (Knutson) and together they had two daughters. In 1986, he married Wanda Heintz (Watne) and together they had one son.

Charlie spent his best days at his favorite place; Lake Mary Ronan with his best pal and dog Griz. Camp Tuffit provided him with great times and memorable moments for his family and friends. Charlie enjoyed fishing, sudoku, puzzles, games, flying with Scott at Lake Mary Ronan and spending time with his loved ones.
Charlie made his values evident with his contributions toward various charities, including Cancer and Diabetes awareness, Home4vets, and End to hunger; just to name a few.

Charlie was preceded in death by his parents; Charles Jr. and Nettie Anita Blankenhorn and grandchildren; Carter and Blakeley.

Cremation has taken place. A celebration of life/memorial service is scheduled for Saturday January 18, 2020 at 10:00 am at The Lake Funeral Home and Crematory, 101 6th Ave. E., Polson. As an expression of sympathy, memorial contributions may be sent to: www.gofundme.com/f/charlie-blankenhorn-memorial-fund?utm_source=customer&utm_campaign=p_cf+share-flow-1.
Read Less

We encourage you to share your most beloved memories of Charles here, so that the family and other loved ones can always see it. You can upload cherished photographs, or share your favorite stories, and can even comment on those shared by others.

Posted Jan 18, 2020 at 03:16pm
So sorry to hear of Charlie’s passing. He and my deceased husband, Rick Korf, attended Polson High School together. They both served in the Army. Lake Mary Ronan and Camp Tuffit have lost a great friend. Jane Nolan
Comment Share
Share via:
HS

Flowers were purchased for the family of Charles Blankenhorn. Send Flowers 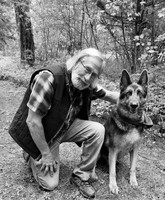 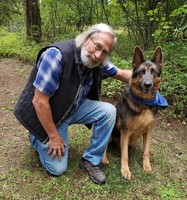