To share your memory on the wall of Christian McCurdy, sign in using one of the following options:

Print
Christian William McCurdy, 27, was born February 7, 1992 in Polson to William and Lori McCurdy. He died at the family home March 8, 2019, leaving us far too soon.

As a baby, his wispy white-blonde hair led the family to nickname him “... Read More
Christian William McCurdy, 27, was born February 7, 1992 in Polson to William and Lori McCurdy. He died at the family home March 8, 2019, leaving us far too soon.

As a baby, his wispy white-blonde hair led the family to nickname him “Spud.” Christian was anxious to keep up with older siblings, Lindsey and Brandon; they spent hours building snow forts, scattering Legos, and biking around the neighborhood. They taught him about sports, and unsuccessfully attempted to convert him to being a lefty like them.

He attended schools in Polson, participating in cross country, tennis, football and band. Thanks to his “English” family genes, he won the Lake County Spelling Bee in 2006. He graduated as valedictorian in 2010. He attended the Davidson Honors College at University of Montana, focusing on human biology. Highlights of college included a trip to Nepal with Global Grizzlies and working as a TA for his anatomy and physiology class.

Christian was diagnosed with Multiple Sclerosis at age 15; however, he didn’t let this diagnosis define him. He adapted, reading Harry Potter with one eye closed. He played varsity tennis while dealing with double vision, which earned him the Coach’s Award. He stayed active by hiking, skiing, long boarding, and mountain biking. He enjoyed music and attended concerts often. He participated in numerous fundraisers for Walk MS and was the keynote speaker in 2011 for a Bike MS event in Coeur d’Alene. Christian will be remembered for his kindness, winning smile, big heart, sense of humor, fearless shenanigans, and countless ER trips following those shenanigans.

He was incredibly intelligent, but humble. One of Christian’s professors described him as someone who “cared deeply about learning, but was never a show off.”

MS is a formidable disease, and Christian was a warrior who fought relentlessly against its effects. He made a wonderful difference in everyone’s lives and hearts.

A celebration of Christian’s life will be Thursday, March 14, 2019 at 4:00 pm at New Life Christian Center in Polson.

To send flowers to the family or plant a tree in memory of Christian McCurdy, please visit our Heartfelt Sympathies Store.

Receive notifications about information and event scheduling for Christian

We encourage you to share your most beloved memories of Christian here, so that the family and other loved ones can always see it. You can upload cherished photographs, or share your favorite stories, and can even comment on those shared by others.

Rob, Vince, Anna and Julia DiGiallonardo sent flowers to the family of Christian McCurdy.
Show you care by sending flowers

Posted Mar 14, 2019 at 05:23am
My heartfelt thoughts and prayers to Christian's family. Praying for God's comforting arms to hold you all in this time of sorrow.
Comment Share
Share via:
RD

Posted Mar 12, 2019 at 12:03pm
Please accept our most heartfelt sympathies for your loss. Christian had the biggest heart and we will cherish the memories we made with him forever.

Posted Mar 11, 2019 at 05:02pm
Dear Bill and Lori-
Our hearts go out to you and your family. Prayers and sincerest sympathies for you all.
Sincerely,
The McCauleys
Bob, Chantel (Wold), and Ethan
Comment Share
Share via:
MT

Posted Mar 10, 2019 at 09:58pm
I am heartbroken to hear of Christian's passing. He came to our house many times to visit with Kaden. He was a wonderful person. I send all of you love and peace on this journey without Christian. May God grant you strength in the days ahead.
Comment Share
Share via:
EA

Posted Mar 10, 2019 at 12:34am
May your tree grow with pride Christian. I know it will be a beautiful tree and stretch to the heavens. 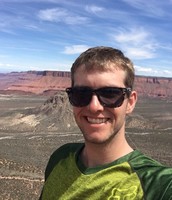 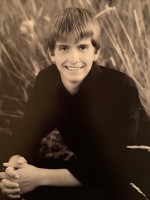