To share your memory on the wall of Daniel Jackson, sign in using one of the following options:

Print
Our beloved husband, father, grandfather, brother, uncle, mentor and friend, Daniel Charles Jackson, passed away on September 20, 2020 from an infection after surgery. He was 79.

Dan was born to Effie and Walter Jackson in St. Ignatius, ... Read More
Our beloved husband, father, grandfather, brother, uncle, mentor and friend, Daniel Charles Jackson, passed away on September 20, 2020 from an infection after surgery. He was 79.

Dan was born to Effie and Walter Jackson in St. Ignatius, Montana on January 29, 1941. He grew up north of Niarada in a place called Hog Heaven. He was the oldest of seven children. He attended elementary school in Battle Butte. He always bragged he graduated as Valedictorian. Of course, he was the only one in his class.
In 1966 he married the love of his life, Cheryl. They were married fifty-three years. Dan and Cheryl have four children, Julie Brubaker (Mike), Danna Jackson (Sanjay), Richard Jackson (Carmen), and Andrew. He was so very proud of his children but more so of his grandchildren, Bailey, Kali, Sage, Sydney, Brooke, Zane, and Sonja. They are all exceedingly good people.

Dan was an accomplished life-long rancher and cowboy. He loved cows. In 1998 he was awarded the Lake County Conservation District Conservation Award. In 2011 he was awarded the Western Montana Stockmen’s Association Lifetime Achievement Award. Every year Dan and Cheryl raised a beautiful calf crop. Dan was a hard worker and he brought that ethic to his job as the Weed Coordinator at the Confederated Salish and Kootenai Tribes, where he was also a member. Dan both started and ended his career with the Tribes as a member of its credit committee.

Dan was a proud veteran. He was honorably discharged from the Navy in 1966 after serving as a 3rd class hospital corpsman. He spent one tour in Alaska and then was assigned to the SS Kearsarge where the crew provided support for the war in Vietnam. During his time onboard, John Wayne was on the ship preparing for a role as an admiral in the movie In Harm’s Way. During the Westpac cruise, the SS Kearsarge picked up two astronauts from two separate flights. Dan took advantage of the GI Bill and in 1971 graduated from Washington State University with a degree in Animal Science.

Dan was very civically minded. He has served on countless boards through the years including the Hot Springs School Board, the Mission Valley Power Consumer Council, the FSA board, the State of Montana’s Noxious Weed Management Advisory Council, the Montana Angus Association, the Western Montana Stockmen’s Association, and the Pew Commission on Industrial Farm Animal Production.

Dan loved going to rodeos, the fair, and high school sporting events. In the past years Dan spent countless hours sitting in bleachers cheering on his granddaughters in their games. And speaking of sports and love, Dan never strayed – he was a loyal fan of the Dallas Cowboys who won by one point on the day of his death. His family is quite sure that win was for Dan. Dan was also an accomplished hunter. In 2010 he bagged a big horned ram that earned a 190 3/8 Boone and Crocket score.

Dan is survived by his wife, four children, seven grandchildren, brother Doug Jackson and sisters Nancy Gaynor, Jeanne Bras, and Jolene Jacobson. He is also survived by countless cousins, nieces, and nephews, in-laws, and hundreds and hundreds of friends. He is preceded in death by his parents, Effie and Walter Jackson and his brothers Richard Jackson and James Jackson.

Dan was very special to so many people and his death leaves a huge void for us who have to wait until heaven to be teased, loved, and hugged by him again.

Graveside services will be at the Lonepine Cemetery on Saturday, September 26, 2020 at 2:30. A celebration of his life will be held at the Hot Springs Rodeo Grounds at 4:00. Bleachers will be available or bring your own lawn chairs to accommodate social distancing. A family gathering will also be held this summer for those who cannot attend.

In lieu of flowers, Dan would have been honored for you to donate to the Montana 4-H Foundation or the Western Montana Stockmen’s Association in his name.

Dan lived a purpose-driven life. Years ago he quoted Charlie Russell by saying “Anytime I cash in now, I win.” He cashed in too early, but he had a wonderful life and enjoyed every day.
Read Less

To send flowers to the family or plant a tree in memory of Daniel Charles Jackson, please visit our Heartfelt Sympathies Store.

Bob Martin and family sent flowers to the family of Daniel Charles Jackson.
Show you care by sending flowers

Posted Sep 26, 2020 at 05:08pm
Cheryl, and family, sorry to hear that Dan has passed from this earth. May he find a place working cattle for the Lord. God Bless all.
Arnie
Comment Share
Share via:
DC

Posted Sep 24, 2020 at 09:40am
Pat and I would like to extend our heartfelt sympathy to all of you,especially lovely Cheryl. May all of your sweet memories help you in this oh so difficult time. Love, Pat and Jane Tougas
Comment Share
Share via:
B 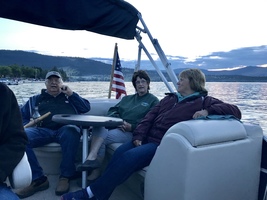 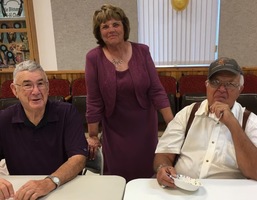 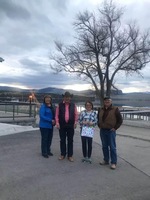