To share your memory on the wall of Dashane Hewankorn, sign in using one of the following options:

Dashane was born on April 13, 1996 in Ronan, Montana to Celeste Hewankorn and the late Sean Sylvester. Dashane is the eldest of two siblings, Tyrell Sylvester (Great Falls) and Caroline Hewankorn (Elmo). He was educated in Polson and Two Eagle River, participating in basketball, football and track. He graduated from Two Eagle River in May 2014. In May 2015, he enlisted in the United States Marine Corps, with bootcamp at Camp Pendleton and stationed at Camp Lejuene, NC.

Throughout his life, Dashane made many, many friends, far and wide, who will miss him dearly. He loved playing video games with friends, such as Korbyn, Kellen, Kaleb, and Nataous just to name a few. He loved hunting, as a young child he went with his grandparents, Levi and Bonnie and also with uncle Willie Andrew. When older, he hunted with Isiah Matt and others. Believe it or not, when he was about five years old, he excelled in the gambling game, playing blackjack or stickgame. He would return to his grandma, Geraldine’s food stand at Arlee Pow Wow, dirty, with wads of money in his pockets. As an adult, he loved to go to the casino with Gerald and usually max bet, oftentimes winning big! He loved to watch movies. He and his Auntie Reyna could recite the entire movie after only one viewing. He also loved watching movies with many of his friends and they always had a great time. While still in high school, he would often have his baby sister Caroline in tow wherever he went, so many of his friends and their parents knew little Caroline to the astonishment of their mom! As a kid, Dashane was well-known by his family for his daredevil antics, sometimes scratching up his little face trying to jump a curb or other exciting things. We wondered if he would have teeth when he grew up. He used to love to argue with his younger cousin Dominique. One time, Dashane’s mom had enough and taped them back to back with electrical tape! They had to cooperate with each other in order to get from point A to point B. They laughed and got along well after that. While in high school, he was well known for his undying dedication to daily trips to McDonald’s and would usually get Kayson hooked up too. According to his mom, Dashane was the easiest kid to raise, he “made parenting easy” and as an adult, was a good guy. He had a kind heart for all people and animals, making fast friends everywhere he went. He loved all the pets at his grandparent’s house or his auntie Dacia’s black lab puppies when he was a kid. He had an infectious smile and a sweet disposition. Dashane had Meme followers on Facebook and put up memes that were risqué or hilarious. Dashane had the best Bear Hugs ever! He was well known for them and when you got one, you were forever changed! One time he accidentally cracked his grandma Bonnie’s rib, he was very contrite but that did not stop him giving them out. There are many friends and relatives who have great stories about our D, his family sure would love to hear some of them.

To send flowers to the family or plant a tree in memory of Dashane Ranell Hewankorn, please visit our Heartfelt Sympathies Store.

We encourage you to share your most beloved memories of Dashane here, so that the family and other loved ones can always see it. You can upload cherished photographs, or share your favorite stories, and can even comment on those shared by others.

Posted Oct 29, 2019 at 01:23pm
I did not know Dashane, but as a fellow soldier, I am proud of this young man for answering the call of duty. I salute you Dashane.
Comment Share
Share via: 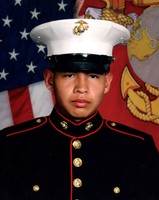 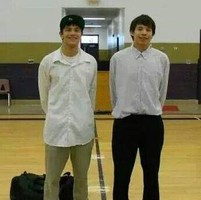 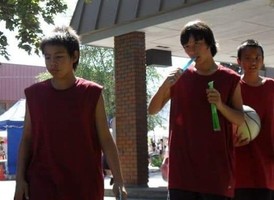