Use the form above to find your loved one. You can search using the name of your loved one, or any family name for current or past services entrusted to our firm.

Click here to view all obituaries
Search Obituaries
Immediate Need
We are here to help you. If you have need of our services, please call us, day or night, at:
406-883-2808
To better prepare yourself, we have provided you with some helpful information regarding the immediate need process.
Contact Us / Location

Ordering flowers from our site ensures that your order will reach us or the family in a timely manner, and your gesture of support will remain acknowledged in the Book of Memories for future generations. We only work with local florists so we can maintain the sense of urgency and quality of your selections. We thank you for helping to support the family during their time of need, and will fondly remember your kind gesture.

To share your memory on the wall of David Wilkening, sign in using one of the following options:

David was the second of five children, and the first son, born to Ruth Linder Wilkening and Walter De... Read More
David William Wilkening, born the 14th of January 1958, passed away at home in Ronan, MT on the 23rd of December 2019 at the age of 61.

David was the second of five children, and the first son, born to Ruth Linder Wilkening and Walter Deseniss Wilkening. He grew up in Libertyville, IL and completed his PhD in Chemistry at Montana State University in 1984 where he fell in love with Big Sky Country. David was a perpetual outdoors enthusiast and energetic man; fishing, hiking, camping, hunting, and building in every place he lived. He and his wife, Angela, raised their family in Columbia Falls, Montana, then bought their country retreat in Ronan where David lived the rest of his earthly days. He was a man of honor, helping anyone he saw in need, making numerous friends, earning a solid reputation, and teaching integrity and compassion to his family and all who were blessed to interact with him.

His career included R&D in Biotechnology at a Seattle startup working in antibody based Cancer Diagnostics and Therapeutics, Project Leader at Dow Chemical developing advanced lubricants for the SR-71 Blackbird spy plane, Process and Environmental Engineering at Columbia Falls Aluminum where he developed and managed a multimillion dollar retrofit to improve smelter efficiency, Director of Quality and Product Development at a Utah Salt Producer, and then Product Manager for Corrosion Inhibitors at a University derived Biotechnology startup. In 2012 he founded Wilkening & Associates to serve the needs of the Winter Road Maintenance industry where he consulted nationally with DOT’s and their suppliers helping them improve winter maintenance chemicals and practices. Over the years, David developed and patented multiple products, learned how to build and fix most things from cars to homes to children’s hearts, and even quietly saved a few lives. He taught by example, living the values he was raised with and doing what was right. Above all, David valued his family and friends. He was a truly adored husband, brother, father, and grandfather who tried and succeeded in providing for all his family’s needs and more while never asking for anything in return except backrubs and homemade food. David’s friends also knew he was the man to call whether help of any kind or a fishing partner was needed.

A Celebration of his Life will be held this summer, June 26th near Ronan Montana. Condolences and special memories may be shared with the family at jsesinger@gmail.com.

In lieu of flowers, please consider a donation to a cause dear to David's heart, the Mission Valley Animal Shelter, or your own local no-kill animal shelter.
Read Less

There are no events scheduled. You can still show your support by sending flowers directly to the family, or planting a memorial tree in memory of David William Wilkening.
Plant a Tree

Plant a Tree in Memory of David
Plant a tree 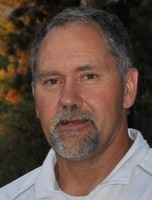