To share your memory on the wall of Dean Hermes, sign in using one of the following options:

Provide comfort for the family of Dean Hermes with a meaningful gesture of sympathy.

He was born on May 8, 1944 in Glen Ullin, ND to Wilbert and Madeline (Mosbrucker) Hermes. He was raised in... Read More
Dean Walter Hermes, 74, of Polson MT, formerly of Williston ND, passed away February 6, at St. Patrick’s hospital in Missoula.

He was born on May 8, 1944 in Glen Ullin, ND to Wilbert and Madeline (Mosbrucker) Hermes. He was raised in Williston where he learned a lifelong love for sports including football and wrestling; he won the wrestling state championship in 1962. After graduation, he moved with his family to Missoula MT where he attended University of Montana, earned his teaching degree, and was commissioned into the Army through the ROTC.
Shortly after graduation from college, Dean returned to Williston to begin teaching and met the love of his life, Deanna Ihla. They were married April 15, 1967 in San Antonio, TX before he left for 1 year of service in Vietnam. Upon his return, he and Deanna settled in Williston and continued teaching and coaching for the next 36 years. After retiring from teaching in 2000, they moved to their property on Flathead Lake.

He was a member of Knights of Columbus, Lions, Sigma Nu, and the Elks. He was voted Williston Education Association Teacher of the Year 3 times. He was ND football Coach of the Year in 1980 and ND wrestling Coach of the Year in 1971. He was inducted into the North Dakota Wrestling Hall of Fame and he and his son Chris were the first father-son state champions in North Dakota, which made him very proud. He loved spending time with this family in the outdoors including his beloved lake cabin at Flathead, boating, fishing, hunting, and golf.

He is preceded in death by his parents and younger brother Ron.

Memorial Mass and reception will be held on Tuesday, February 12, 2019 at 11:00 at the Immaculate Conception Catholic Church in Polson, MT with Father Kevin Christofferson officiating. A private interment will be held at a later date at the Montana Veteran’s Cemetery in Missoula, MT.

A special thank you to Bernice Zimmerman and all the staff at Hillside Health and Rehab and the wonderful staff at Fresenius Dialysis in Missoula and Polson for their dedicated and loving care.

In lieu of flowers, memorials may be sent your local Knights of Columbus chapter or Cheerful Hearts of Polson MT.
Read Less

We encourage you to share your most beloved memories of Dean here, so that the family and other loved ones can always see it. You can upload cherished photographs, or share your favorite stories, and can even comment on those shared by others.

Rosie Kalil, Kris Mrachek and Lindsay Rath at Ameriprise Financ, and others have sent flowers to the family of Dean Walter Hermes.
Show you care by sending flowers

Posted Feb 22, 2019 at 06:06pm
Hermes Family, we were saddened to read about Dean’s passing. May the many fond memories of him sustain you during this most difficult time. We pray that you find comfort in our Creator’s words, in which he promises to soon reunite us with our beloved ones in a perfect world, where the causes of pain and sorrow will be a thing of the past. How exciting it will be to see him again doing all things he loved. (Isa 25:8; Rev. 21:4) Our sincerest condolences.
Comment Share
Share via:
B

Posted Feb 14, 2019 at 07:24pm
The Flathead lake community has lost the kindest, loving, friendly, and honorable man I have had the privilege to know. My heart is heavy and my family and I will truly miss Dean’s infectious smile and love of Flathead Lake this summer. My family was truly blessed to have such a wonderful summer neighbor as Dean.
Comment Share
Share via:
SP

Posted Feb 11, 2019 at 11:37pm
Deanna and family, Our thoughts and prayers to your family. We always enjoyed Dean during Rod's football years.
Bill and Sharon Paschke
Williston
Comment Share
Share via:
RK

Posted Feb 11, 2019 at 11:03pm
Sent with love and remembrance, my thoughts and prayers will be with you. Mr Hermes will be missed by so many. 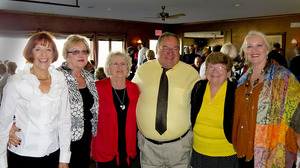 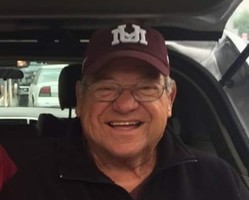 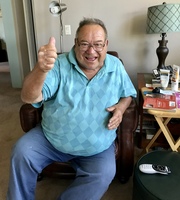 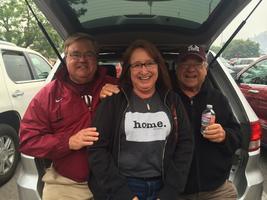