To share your memory on the wall of Diana Baird, sign in using one of the following options:

The family ranched in Edgar, Montana, for a short time before moving to Darby where John began his career in the lumber industry that led them to later relocate to Missoula, Montana where Diana started school. The family bought a ranchette in Arlee, Montana, which they ran for a little while before moving to Evaro, Montana, then eventually back to Missoula. Then a little later, John got a job at Plum Creek Timber Co. in Pablo, Montana, and the family moved to the East Shore of Flathead Lake then later into a home that they built in Polson.
Diana graduated from Polson High School in 1971.

Diana met and married the love of her life, Dave Whiting Baird in Tacoma, Washington. Then they later were Sealed together for all Eternity in the Idaho Falls Temple in Idaho Falls, Idaho.
Diana & Dave had two sons, James John and Dave William, whom she loved dearly.

Diana’s passion was reading historical church books, doing Genealogy, and telling the stories of her and Dave’s families. She could read German and Polish well enough to help others understand it also. Serving as Family Name Extractor in Family History Center in Billings, Montana. June 2006-Dec.19, 2007, she truly enjoyed the time; her and Dave spent serving a Church Service Mission, serving as Managers of the Bishop Storehouse in Spokane Washington. Serving as a Ward Temple and Family History Consultant and a Ministering Sister in the Polson Ward, Polson, Montana.

She loved car rides, going to stock car races when her dad raced. She loved be entertained by watching stock cars on the track. She loved drinking root beer floats and having a good laugh. Her mother would take one child at a time down to see her Dad at work in Ronan. She loved to take quiet walks on the marina by her home, to watch and look at the boats. If she wanted to do something, her mind was made up so she would say “Yep!”, and you better do it.

She is preceded in death by her husband Dave Whiting Baird, her parents Ann Elizabeth Hanje and John Paul Evertz, and her twin sister Donna Eileen Whealon.

She is survived by her 2 sons: James John Barid of Manti, Utah, and Dave William Baird of Provo, Utah. Her siblings and their spouses: Mark Evertz, David and Eileen Evertz, Joanne Evertz, and a Brother-in-law, Jerry Whealon, all of Polson; George and Yulanda Evertz of Hungry Horse.

Funeral Services will be on Wednesday, August 28th at 2pm and the viewing will be one hour prior at The Church Of Jesus Christ Of Latter-Day Saints Church in Polson, Montana, 1202 4th Ave. East, Polson, Montana.
Read Less

To send flowers to the family or plant a tree in memory of Diana Gail Baird (Evertz), please visit our Heartfelt Sympathies Store.

Receive notifications about information and event scheduling for Diana

We encourage you to share your most beloved memories of Diana here, so that the family and other loved ones can always see it. You can upload cherished photographs, or share your favorite stories, and can even comment on those shared by others. 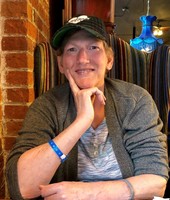