To share your memory on the wall of Dr. Jim Lewis, sign in using one of the following options:

Provide comfort for the family of Dr. Jim Lewis with a meaningful gesture of sympathy.

Print
Dr. Jim Earl Lewis, 65, went home into the arms of his Lord Jesus on October 8, 2019. He would never have willingly caused the pain of his sudden loss but he without any doubt faced Heaven with a huge grin!

He was born Kim Quang-Soo in S... Read More
Dr. Jim Earl Lewis, 65, went home into the arms of his Lord Jesus on October 8, 2019. He would never have willingly caused the pain of his sudden loss but he without any doubt faced Heaven with a huge grin!

He was born Kim Quang-Soo in Seoul, South Korea on June 12, 1954. A war orphan, he was blessed to be adopted along with his brother Perry by Thomas and Jessie Lewis of Patoka, Illinois when he was 6 years of age. His best story of this time is not being able to speak the language and not understanding why he could eat all he wanted!

From humble beginnings he went on to become, and I’m sure I’m missing some: a roofer and construction manager, a maître d’ at a 4-star restaurant, a physician and surgeon, a cowboy, a hunting guide, a deep-sea fisherman/crabber and a preacher of the Lord. He worked from Wyoming to Alaska, with a brief stop in Ronan, Montana from 1988-1991. He left Ronan and moved to his favorite place on earth – Alaska! He first opened a clinic in Talkeetna, then Seward, then on to Nome, where he was known for always taking his boat out during Small Craft Advisories – ‘Well,’ he’d say, ‘that’s when the big boats come in so the little boats can go out!’ He also had his medical clinic on Front Street and the numbers of people he has saved in his life is not countable.

He would not have counted because every life was precious to him, every soul possible of salvation. The occupation he loved the most was preaching and song-leading. He had an encyclopedic knowledge of the Bible but a genuine gift for sharing that knowledge in a simple, direct way.

Perhaps the one area of his life that he could have used some guidance was marriage: he was married four times before he met the woman who could pin his ears back while still loving him wholeheartedly. His first wife was Sorita Austin, of Oklahoma City, who he wed at 21. Then he married Marilyn Meade, with whom he had Michael in 1983 and Jacob in 1985. In 1991, he married Susan McLain and had Joel in 1992 and Danny in 1995. Danny broke his heart when he passed at seven months old in July 1995 and then Susan followed him to heaven in October. His fourth marriage was to Angela Henckel, and Jessie was his final child in 1998. That marriage ended in 2003 and he was single until he read a funny personal ad in May of 2004. It was a joke caused by a lost Scrabble game but he answered it and a 15 year love story began. He married Kelli Deaton in 2005, one year to the day from the day they met. For fifteen years they fought and laughed and loved each other, each year better and deeper than the last. No living children came of this union and it was a deep regret for him.

All of these words but scratch the bare surface of this man’s life. He was the very definition of Larger Than Life and the hole left by his passing may never close.

He was preceded in death by his parents, Thomas and Jessie Lewis, his son Danny and wife Susan. He is survived by his brother Perry; his wife Kelli; his children Michael (Gail) Lewis of Fairbanks, AK, Jacob (Erin) Lewis of Chesapeake, VA, Joel (Nicole) Lewis of Airway Heights, WA, Jessie Lewis of Spokane, WA, James Wightman of Polson, MT and Mo Davis of Nome, AK; his grandchildren Johnathan, Jane, Tanner, Grace, Kathleen, Julia and Gabriella Lewis; countless friends and no strangers.

A memorial of his life will be celebrated on Tuesday, October 15th from 5 pm to 7 pm at The Lake Funeral Home in Polson, MT. He is being cremated per his wishes and no other ceremony is planned at this time. Should you wish to remember him, please donate to the charity of your choice that provides for orphans and widows. God bless you all! Rest in peace, my love.
Read Less

We encourage you to share your most beloved memories of Dr. Jim here, so that the family and other loved ones can always see it. You can upload cherished photographs, or share your favorite stories, and can even comment on those shared by others. 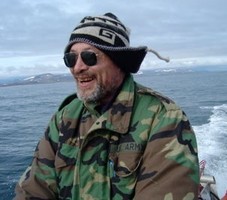 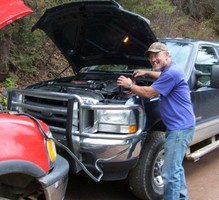