To share your memory on the wall of Drey Tenas, sign in using one of the following options:

Drey was born on May 5, 1999 in Ronan, Montana to Dave Johnson and Danette Tenas. He lived his first few years in Portland, Oregon before moving back hom... Read More
On Thursday, February 27, 2020, Drey David Tenas, passed away at the age of 20.

Drey was born on May 5, 1999 in Ronan, Montana to Dave Johnson and Danette Tenas. He lived his first few years in Portland, Oregon before moving back home to Montana. Drey attended school in Ronan, Dayton and Polson and then graduated from Two Eagle River School in 2018. He also attended SKC for a short while after graduation to study Heavy Equipment Operating.

Drey was proud to be Kootenai and enjoyed working with the Kootenai Culture Committee in Elmo where he became close to his friends and mentors Daniel, Casper, and Chris. He enjoyed working outside, hunting, being in the mountains, drumming and singing with the Red Horn and Chief Cliff drum groups and hanging out with friends and family. His brothers called him “Sunshine boy” growing up because of his blonde hair and his bright blue eyes. Drey had a special way with children, he will be remembered for always being kind and inclusive of all kids. One fond memory of him was when he borrowed Casper’s truck to go in the hills with Casper’s tribe (Elijah, Thomas, Deborah, Nicholas, and RayLee). Casper said yes, but on the condition that he doesn’t go to the Hog Heaven road because he’d get stuck. Drey ended up calling Cas to let him know that he was stuck because he went on the Hog Heaven road. Drey was packing RayLee out and when Chris and Cas came and found them, they ended up going sledding with all the kids for a couple hours. Turns out the truck wasn’t stuck; he just didn’t put it in 4wd.

Drey now walks the heavenly mountains with his grandma Earline, his papa Danny, his auntie Babygirl, his cousins Lela and Ashley, and his bros Josie and baby Walt. He leaves behind his dad Dave, his mom Danette and the many other mommas that helped raise him, his papa Eddie, his brothers Byron (Deborah), Grey (Mariah), Cole, and Trevor and his sisters Alyza, Kristan, and Trinity. He also leaves behind his aunties and uncles Dana (Adrian), Jerry (Trisha), Danielle, Dan, and Shelly. His friends who became brothers, Zachary and Issaiah, his special nephew Kaleb, with whom he was very close, and many other cousins, friends, relatives and extended relatives in Oklahoma.

Please take a moment to save these numbers in your contacts.
Read Less

To send flowers to the family or plant a tree in memory of Drey Tenas, please visit our Heartfelt Sympathies Store.

Receive notifications about information and event scheduling for Drey

We encourage you to share your most beloved memories of Drey here, so that the family and other loved ones can always see it. You can upload cherished photographs, or share your favorite stories, and can even comment on those shared by others. 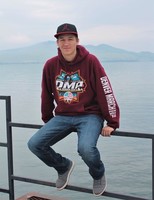 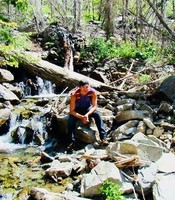