To share your memory on the wall of Dwight Preston, sign in using one of the following options:

Provide comfort for the family of Dwight Preston with a meaningful gesture of sympathy.

Print
Dwight Ellsworth Preston, part of the greatest generation passed away at his home in Polson on February 14, 2019. He was 93 and fiercely independent to the very end. He was born to Grant and Garnet Preston on August 10, 1925 Hitchcock, SD.

Dwight Ellsworth Preston, part of the greatest generation passed away at his home in Polson on February 14, 2019. He was 93 and fiercely independent to the very end. He was born to Grant and Garnet Preston on August 10, 1925 Hitchcock, SD.

His family moved to Hot Springs, MT while Dwight was a young boy where he grew up loving swing music and learning the telephone business from his mom and dad who had bought the fledgling Hot Springs telephone company. Dwight was a kind, generous fun loving and had an early interest in all things mechanical, he learned to fly airplanes and had a lifelong career in the aeronautics industry. He joined the Navy after high school and was in the C-B's division as an electricians mate second class. He served overseas in World War II in France building harbors to help win the war. He received 4 medals for serving honorably in the armed forces. He was discharged from the Navy in 1945.

Dwight went to Montana State University in Bozeman where he met the love of his life, Dorothy Dedman. They were married on September 7, 1947. Dorothy preceded him in death in 2011 after 64 years of marriage.
Dwight was a devoted family man. They had four children, two boys and two girls. His youngest son Barry died at a young age in 1991. This was probably the greatest heartache of his life. While he had a young family he went to aeronautics engineering school in Oklahoma. Dwight worked at various jobs, flight engineer, pilot, flight instructor and general all around handyman. One of his proudest accomplishments was helping to build the first stealth spy plane the SR-71 nicknamed the " blackbird" while working for Lockheed aircraft. This was a top secret project manufactured at area 51 in the Nevada desert so he never spoke about it until he was in his 70's when it was declassified. This plane was a marvel of engineering capable of flying at Mach 3.5 or 2500 mph, flying over 100,000 feet high. The pilots had to wear specialized pressure suits that were used by the space shuttle astronauts. No plane has broken the Blackbirds record since then. Dwight got to fly in the plane a couple of times and knew the test pilots. The government wanted him to fly with the plane as a flight engineer when it went on its missions to Vietnam in the early 1960's but Dwight put his family first and declined so he could spend more time with them. Dwight worked in the aeronautics industry until 1969 when he moved the family back to Montana to work in the family's telephone business. He managed the Hot Springs telephone company and kept communications in Hot Springs flowing freely until his retirement in 1993. He was an active member of the community and volunteered as a first responder on the Hot Springs ambulance.
After retiring he and Dorothy moved to Polson where they became active members in their new community joining the Methodist church here, Dwight was faithful right up to the end regularly attending services and enjoying fellowship with other members. Dwight was kind fun loving and generous. He had an early interest in all things mechanical.

Dwight was preceded in death by both his parents, his sister Phyllis Eckblad, his beloved wife Dorothy and his cherished youngest child, Barry.

Surviving him are his other three children, Nisa Wallace, Dale Preston and Carole Perry; grandchildren Maya Wallace, Erin Wallace, Mason Lagerquist(Lynn), and Ariana Diehm (David); great grandchildren Gwen Diehm and Dasha Diehm who have delighted him for several years. We will miss you papa Dwight! He is also survived by his brother Jay and sisters in law Beth Preston and Joan Dedman, and multiple nieces and nephews. His kind and gentle ways will live on in his family’s memories!

There will be a celebration of his life at the United Methodist Church in Polson, MT on March 16, 2019 at 2 pm followed by a meal cooked lovingly by his church family. Military honors will follow the service. Dwight was fond of supporting veteran’s causes so a donation in his name would be an honor in lieu of flowers.
Read Less

We encourage you to share your most beloved memories of Dwight here, so that the family and other loved ones can always see it. You can upload cherished photographs, or share your favorite stories, and can even comment on those shared by others.

Sandy and Terry Prongua sent flowers to the family of Dwight Ellsworth Preston.
Show you care by sending flowers

Posted Mar 10, 2019 at 01:25pm
With loving memories of Dwight and all the years we spent working together. 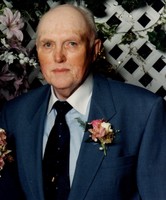