To share your memory on the wall of Earle Davis, sign in using one of the following options:

He was proficient at anything he set his mind to, from being a Golden Glove boxer to a renowned platform artist for several hair care companies, to owning and operating several Hair salons, as well as various artistic endeavors. But his family life and his cherished friendships were the most important to him.

He lived a larger-than-life existence and made people laugh wherever he went. He was a character that was meant to be on stage, and was several times. All of the lives he touched will never, ever forget Bud Davis. He was the epitome of the phrase “Be the reason someone feels welcomed, seen, heard, valued, loved and supported.”

His greatest treasures in life were his kids, Amber, Lee, Crystal, Sean and Cole, and his grandkids, MaKayla, Earle T, Liberty, Zevan, Zoe, Ziya, Mersadies, Raine, Kamiah and Naomi. We will always remember his large, boisterous laugh and voice, and his colorful, funny stories, and just how important he made each and every one of us feel.

He was preceded in death by his brother Mike Davis, his grandmother Helen Taskilla and his father-in-law and mentor Elvis Gene Smith.

His wishes were to be cremated and for his friends and family to have a joyful party to celebrate his life.
Read Less

Receive notifications about information and event scheduling for Earle

There are no events scheduled. You can still show your support by sending flowers directly to the family, or planting a memorial tree in memory of Earle Lee "Bud" Davis.
Plant a Tree

We encourage you to share your most beloved memories of Earle here, so that the family and other loved ones can always see it. You can upload cherished photographs, or share your favorite stories, and can even comment on those shared by others.

Posted Jul 09, 2020 at 08:04pm
Larger than life! We talked, art, family, politics,motorcycles, travel and more. We talked about his brother in AZ and his trials and finally death.
We talked about his aging grandmother and her independence. Bud was a rock to many and will be sorely missed. Gods speed my friend , I will miss you.
Comment Share
Share via: 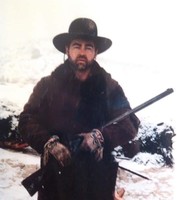