To share your memory on the wall of Edith Farnum, sign in using one of the following options:

Provide comfort for the family of Edith Farnum with a meaningful gesture of sympathy.

Edith’s first job was as a candy striper at the NP Hospital. She then attended cosmetology school, became a Cosmetologist and worked at The Palace Hotel in Missoula until she retired. She and Bruce moved to Finley Point in 1978 after Bruce retired. Together they planted cherry trees and fulfilled their dream of owning an orchard. Edith also grew and sold many raspberries, blueberries, apples, strawberries, peaches, and pears. She was a member of the Montechato Club for many years as well as attended her Bible Study Group on Finley Point.

Edith loved to garden, cook, and was a positive person that made others feel comfortable to be around. Edith will be remembered for her sense of humor, kindness and easy-going attitude, and her love for animals, especially dogs. She was loved by all those whom she came in contact with. She spent over two years living at St. Joseph Assisted Living, where she made many friends and they took such wonderful care of her. The family would like to thank all those special people who took care of her at St. Joseph Assisted Living as well as St. Luke Extended Care.

She is preceded in death by her husband, Bruce Farnum and her daughter Valarie Jo Zimmerman as well as many friends and family.

Donations may be made in memory of Edith to the Mission Valley Animal Shelter or The Humane Society.
No services will be held. Edith will be buried with her husband Bruce at Sunset Memorial Gardens in Missoula, Mt.
Read Less

We encourage you to share your most beloved memories of Edith here, so that the family and other loved ones can always see it. You can upload cherished photographs, or share your favorite stories, and can even comment on those shared by others. 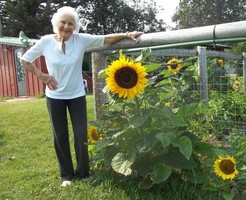