To share your memory on the wall of Ethel Seals, sign in using one of the following options:

Print
Ethel Alene Pendergrass Seals, age 76, was born on Aug. 18, 1942, in Pikeville, Tennessee, to Milton and Alene Pendergrass. She passed from this life into the next at her home in Polson on March 1, 2019, after a short battle with cancer.

... Read More
Ethel Alene Pendergrass Seals, age 76, was born on Aug. 18, 1942, in Pikeville, Tennessee, to Milton and Alene Pendergrass. She passed from this life into the next at her home in Polson on March 1, 2019, after a short battle with cancer.

Ethel was preceded in death by her parents and sister, Eleanor Riden. She is survived by her loving husband of 58 years, James “Jim” Seals of Polson; her sister Margie Reagan of Hixson, Tennessee; her son Marshall Seals of Polson; and her daughter and son-in-law, Juliet and Travis Bernritter, of Cle Elum, Washington.

Ethel’s dad passed away when she was five years old, leaving her mother, Alene, to raise three daughters, of which Ethel was the youngest. Alene became a member of the Church of Christ and led most of her family and friends to Christ, including Ethel who was baptized at the age of 13. Alene’s zeal for spreading the Gospel was handed down to Ethel who never missed a chance to make friends and share the Word of God with them. She helped bring numerous friends and acquaintances to Jesus.

After graduation from high school, Ethel married her childhood friend, Jim Seals in Crossville, Tennessee, in December 1960. Soon after, she enrolled in beauty school while Jim was in the military, and she worked as a beautician for five years until her children were born. Ethel loved to tell the story of when she was working in a beauty salon in Nashville when an unknown singer from England came in after hours to get a haircut. She enjoyed meeting Petula Clark and cutting her hair before Petula’s first concert in the United States.

After the birth of their children, Ethel became a fulltime homemaker although she did continue to run a beauty salon from her home. Jim’s 30-year military career allowed Ethel to follow her dream of “seeing the world,” where she made homes for the family in Louisiana, Guam, Arkansas, Colorado, Alabama, Texas, Tennessee, Germany, Hawaii and Alaska.

When Jim retired from the military, he and Ethel decided to make their permanent home in the northwest part of the United States. After many months of searching, first in northern Idaho, and then extending to northwest Washington, a friend in Missoula recommended northwest Montana as having the best weather west of the Continental Divide. When they drove up from Missoula and stopped at the scenic overlook south of Polson, they decided this was the place for them, and they moved to Polson in May 1996. They have been very active in the Mission Valley Church of Christ, with Ethel greeting every member and visitor on Sunday mornings. Her cheery smile and positive attitude will most certainly be missed.

There will be a memorial service for Ethel on April 13, 2019, at noon at the Mission Valley Church of Christ, 40523 Whitetail Drive, Polson. A light lunch will be served after the service, and all are invited to attend. A graveside service and burial will be held at Seals Cemetery in Bledsoe County, Tennessee, on May 11, 2019.

In lieu of flowers, the family requests donations to the Churches of Christ Disaster Relief Effort, Inc., (410 Allied Drive, Nashville, TN 37211, or online at: http://disasterreliefeffort. org/), the American Cancer Society, or a charity of your choice.
Read Less

To send flowers to the family or plant a tree in memory of Ethel Alene Seals, please visit our Heartfelt Sympathies Store.

Receive notifications about information and event scheduling for Ethel

We encourage you to share your most beloved memories of Ethel here, so that the family and other loved ones can always see it. You can upload cherished photographs, or share your favorite stories, and can even comment on those shared by others. 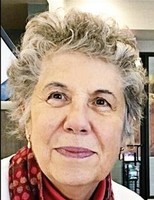