Use the form above to find your loved one. You can search using the name of your loved one, or any family name for current or past services entrusted to our firm.

Click here to view all obituaries
Search Obituaries
Immediate Need
We are here to help you. If you have need of our services, please call us, day or night, at:
406-883-2808
To better prepare yourself, we have provided you with some helpful information regarding the immediate need process.
Contact Us / Location

Ordering flowers from our site ensures that your order will reach us or the family in a timely manner, and your gesture of support will remain acknowledged in the Book of Memories for future generations. We only work with local florists so we can maintain the sense of urgency and quality of your selections. We thank you for helping to support the family during their time of need, and will fondly remember your kind gesture.

To share your memory on the wall of E.Ward Mendenhall, sign in using one of the following options:

Provide comfort for the family by sending flowers or planting a tree in memory of E.Ward Mendenhall

Print
E. Ward Mendenhall, age 99, passed away on Monday, February 17, 2020 at Polson Health & Rehab. He was born on March 16, 1920 in a rural setting near Wolf Point, Montana the son of Elbert Henry and Anna (Ward) Mendenhall.

He attended gra... Read More
E. Ward Mendenhall, age 99, passed away on Monday, February 17, 2020 at Polson Health & Rehab. He was born on March 16, 1920 in a rural setting near Wolf Point, Montana the son of Elbert Henry and Anna (Ward) Mendenhall.

He attended grade school at McCone County Public School and graduated from Ray North Dakota High School in 1939. He was inducted into the U.S. Army Air Corps in September 1943 in Stockton, CA as a mechanic and was discharged in September 1945 and worked as an aircraft mechanic for some time.

In 1963, he married Mary Evonick. They had met in Plentywood, MT. They had over 56 years together.
Ward always lent a hand to friends and neighbors. He always greeted someone with a smile and a firm handshake and an invitation to “come back for sure”. He was always a true gentleman.

He and Mary arrived in the Mission Valley in the early 1970’s. He and Mary resided outside of Ronan since 1973 and they enjoyed their retirement years with some travel and making sure that the landscaping in their yard was always in tip top shape.

Cremation has taken place and no services are planned at this time.
Read Less

To plant a memorial tree in honor of E.Ward Mendenhall, please visit our Heartfelt Sympathies Store.

There are no events scheduled. You can still show your support by sending flowers directly to the family, or planting a memorial tree in memory of E.Ward Mendenhall.
Plant a Tree

We encourage you to share your most beloved memories of E.Ward here, so that the family and other loved ones can always see it. You can upload cherished photographs, or share your favorite stories, and can even comment on those shared by others.

Posted Feb 25, 2020 at 02:19pm
We were neighbors of Ward and Mary for many years. Our kids have known them since they were born. We would visit almost weekly and there was always a crystal candy dish on the table that the kids got to choose a piece of candy from it. I never saw Ward without a smile on his face, and he and Mary always made us feel at home. My thoughts are with you, Mary. 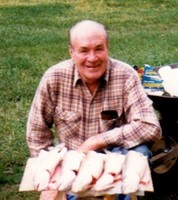 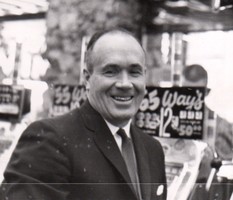