To share your memory on the wall of Fay Haynes, sign in using one of the following options:

They bought the Rattlesnake Gulch Ranch in 1929. Fay was 3 years old when they moved, by train, from Wolf Creek, Montana to the Lonepine-Niarada area ranch. Fay went to school at Lonepine, Montana. Fay was a woman of so many Talents. She could sew beautifully making most of her and Bill’s shirts, dress coats, and dress slacks. Embroidery and, even crewel, were skills she developed. It took her almost 2 years to complete the Crewel of Bill on horseback. Fay’s oil and pencil paintings are so well defined. She could make “melt in your mouth” pie crust too. Fay knew good horses and rode many of them. Her very favorites were Pal & Night, and next was Jule Bar. Jule Bar and his son, Jumpy Jule took Fay all the way to the Montana Cowboy Hall Of Fame. She won so many Barrel Racing, Pole Bending, and Western Show events over the years. She performed at the Calgary Stampede, Walla Walla, Grand Coulee, Washington, Lethbridge, Canada, and in most of Montana’s rodeos.

Fay’s rodeo life began when she was a teenager. She was chosen Rodeo Queen and held that title for several years at the Polson, Hot Springs, and Plains, Montana Rodeos. She was Secretary for Jake Johnson’s rodeo events for close to 10 years. Fay knew rodeo stock and met many good cowboys over the years. The cowboy she fell in love with was working as a judge at the Polson Rodeo. He had a wrist injury, so he wasn’t riding bulls, bareback horses, or bulldogging. Fay and he started talking and ended up married December 15, 1951. They bought the Big Bend Ranch from Bud Lake and began their life of raising top quality horses and prize Angus cattle.

Fay is survived by Nephew Russell Poloson, Nieces Jeanne Poloson Bronec, Alice Kranzler, Shirley Jacobsen, and Grace Larson, and by so many that considered her Friend, Aunt, Grandmother.

A funeral service will be held Saturday, November 30, 2019 at 10:00 am at Ronan Community Center. A reception will follow the service. Burial will take place at Murray Memorial Cemetery in Lonepine, Mt. at 2:00 pm.
Read Less

To send flowers to the family or plant a tree in memory of Fay Elinore Haynes (Poloson), please visit our Heartfelt Sympathies Store.

We encourage you to share your most beloved memories of Fay here, so that the family and other loved ones can always see it. You can upload cherished photographs, or share your favorite stories, and can even comment on those shared by others. 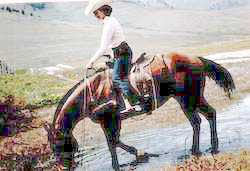 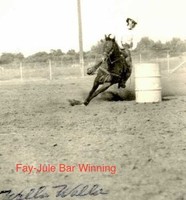