To share your memory on the wall of Gary Tryan, sign in using one of the following options:

Gary was born on his father’s birthday, October 5, 1938. He was welcomed by his parents Albert and Winifred; four sisters, Marjorie, Elaine, Corrine, and Mary Lou; two brothers, Billy and Benny; then later by two more sisters, Meredith and Linda.

Gary grew up south of Flaxville on the RY Trail. Later, the family moved into town where he graduated from Flaxville High School in 1957. He joined the Army Reserves his Senior year, shortly before marrying his high school sweetheart, Kay Pederson, on September 13, 1958.

Gary and Kay raised four children on their farm south of Flaxville. Together they instilled a strong work ethic in each of their children; Gary made sure to keep the kids humble by never letting them win a board game. Gary was always there to lend a helping hand to a neighbor in need. Over the years he and Kay hosted numerous overseas workers who have remained life-long friends.

In 2001 Gary and Kay moved to Polson for the winters, eventually retiring from farming and moving there permanently in 2008 where once again he cultivated close relationships and gained many new friends in the process.

He lived a full life filled with many hobbies and enjoyed travelling to spend time with his family. His grandchildren and great-grandchildren all loved “their” Papa Gary, looking forward to his every visit.

Gary had a brain stem stroke in June and was working on recovery when he suffered a massive heart attack.
He leaves his wife and soulmate, Kay, of 62 years; 4 children and their spouses: Kim (Brian) Garberg, Cory (Candace), Audrey (Grant) Cundy, Alan (Michael); 16 grandchildren and 21 great-grandchildren; one sister, Linda Severson; and numerous nieces, nephews and cousins, two of whom Mickey and Doug Krassin, were like his brothers.

Papa Gary will be greatly missed, but his memory will be cherished forever. We look forward to a celebration of his life, to be scheduled at a later date.
Read Less

Receive notifications about information and event scheduling for Gary

There are no events scheduled. You can still show your support by sending flowers directly to the family, or planting a memorial tree in memory of Gary Albert Tryan.
Plant a Tree

We encourage you to share your most beloved memories of Gary here, so that the family and other loved ones can always see it. You can upload cherished photographs, or share your favorite stories, and can even comment on those shared by others.

Posted Sep 11, 2020 at 06:32pm
Oh Kay, I am so very sorry to hear we lost Gary. You have been in my thought through the years that we both have been away from the eastern part of the state, and my thoughts and prayers are now again with you in this time of grief. Take care, my friends.
With love,
Amber Skorpil
Comment Share
Share via: 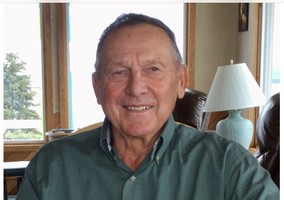