To share your memory on the wall of Glenn Howlett, sign in using one of the following options:

Provide comfort for the family of Glenn Howlett with a meaningful gesture of sympathy.

Print
Glenn Charles Howlett, age 64 of Polson, Mt. passed away July 7, 2019 in his home and surrounded by family after his battle with cancer.

He was born in St. Ignatius, MT, September 24, 1954 to Gene and Clara (Bourdon) Howlett of Hot Spri... Read More
Glenn Charles Howlett, age 64 of Polson, Mt. passed away July 7, 2019 in his home and surrounded by family after his battle with cancer.

He was born in St. Ignatius, MT, September 24, 1954 to Gene and Clara (Bourdon) Howlett of Hot Springs, MT.
Glenn was a proud member of the Confederated Salish and Kootenai Tribe. He was raised, went to school and lived in Hot Springs most of his early life. He enrolled in the USMC at 18 and served 4 years, including a tour in Vietnam where he met his lifelong friend, Bud who was able to be by his side in his last days. He married his wife after the military and they had 3 children, in Polson, where they would reside.

Glenn worked construction in Butte and on the reservation. Later working at Post and Pole and eventually going to work for CSKHA, where he would work for decades and finally retire.

Glenn’s hobbies were his incredible love of cars (Mopar), dogs, and the kids in his life; specifically the nieces, nephews and grandkids. He dedicated a great majority of time and love to theses in his life.
He was also an everyday comedian, who loved practical jokes. Bosco was also a jack of all trades who could literally fix anything.

He was a generous man to all, friend, family or foe. He was an amazing teacher. He was a loyal friend and family member who brought chuckles and joy to our hearts every day. He is and will continue to be greatly missed by those who brought so much joy to him.

He is preceded in death by his parents and brother; Ken (Janice) Howlett.

He is survived by his wife, Sue; and children, Rocky, Angel and Alan and his three grandchildren, Braedyn, Emily, and Abbey. He is also survived by his sisters, Gloria (Jack) Riech and Diana Howlett, 9 nieces and nephews, whom all brought him great joy along with his many numerous friends and family members.

In accordance with his wishes, there will be no services and/or gathering at this time.
Read Less

We encourage you to share your most beloved memories of Glenn here, so that the family and other loved ones can always see it. You can upload cherished photographs, or share your favorite stories, and can even comment on those shared by others.

Posted Jul 12, 2019 at 12:08am
I was so sorry to see this sad news about Glenn in the Missoulian today. To me he will always be the cute mischievous little boy next door. My condolences to his family, especially Gloria and DeeDee, and friends. Ellen Swaney
Comment Share
Share via:
BA

Posted Jul 11, 2019 at 11:22am
Sue and family, It's been many years since we have seen you but our hearts are on the ground for you. When Kenny was in our family we did see Glenn a bit and he was a very nice person to us. Our sincere wishes go out to you. Bruce and Janice Agrella
Comment Share
Share via:
RD

Posted Jul 10, 2019 at 06:50pm
So sorry to hear about Glenn's passing. I worked with Glenn at SKHA and enjoyed that time. He was a great person and will be dearly missed.
Comment Share
Share via: 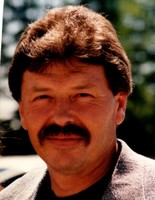