To share your memory on the wall of Hector Speckert, sign in using one of the following options:

Hector married Carole Bell and joined the Air Force in 1951. They were stationed in Anchorage, Alaska until 1955. He and Carole later divorced. Hector then married Irmgard Platten in1957 and moved to the Speckert Ranch on the south shore of Flathead Lake. There he raised potatoes, cherries, cattle and horses. Many people worked for Hector at the ranch over the decades, and if you worked with him for a short time or a few seasons, you always came away with a story to tell. Hector was a thoughtful man and took his time to make decisions, sometimes longer than he should have. He was a talented mechanic who loved attending auctions and over time amassed quite a collection of farm machinery and old cars. In his later years his favorite things were riding around the ranch, spoiling Wiley the corgi with treats and truck rides, and going for milkshakes and ice cream every day.

Hector was preceded in death by his parents, Otto and Frassie, and his sister Bernice and her infant daughter. Hector is survived by four children, daughter Delpha(Joe) Henry of Marysville, sons Steven (Lynn) and Michael (Gay) and youngest daughter Susie (Jim) all of Polson. He also leaves behind five grandchildren, Chloe and A. J. Henry, and Michael, Sophia, and Meghan Speckert along with extended family.

A memorial service will be held on Monday, February 3, 2020 at 2:00 p.m. at the Polson Community Church located at 1814 First Street East, just south of St. Joseph Hospital.
Read Less

To send flowers to the family or plant a tree in memory of Hector Robert Speckert, please visit our Heartfelt Sympathies Store.

We encourage you to share your most beloved memories of Hector here, so that the family and other loved ones can always see it. You can upload cherished photographs, or share your favorite stories, and can even comment on those shared by others. 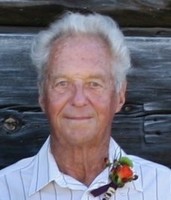