To share your memory on the wall of Helen Rettig, sign in using one of the following options:

In 1970, the Rettigs moved to Rollins, MT, where they opened up a TV repair business. Helen assisted in the business and also transcribed several books into braille. After moving the shop to Polson, Helen continued working in the TV shop until the shop closed in the mid-80s. Helen also worked at the New Life Bookstore in Polson. She remained there until her retirement.

Helen became a follower of Jesus Christ in the early ‘70s, and spent many years assisting New Life Christian Center maintain communications with missionaries around the world.

Helen lived in St. Joseph Assisted Living for the past ten years, and spent her final weeks in Polson Health and Rehab, finally passing into eternity on Sept. 13, 2020. She was preceded in death by her parents; by her brother, Bill; and by her husband, Jerry. She is survived by her son, Kevin (Jackie) and her granddaughter, Fiona. Her remains will be interred in Lakeview Cemetery.
Read Less

To send flowers to the family or plant a tree in memory of Helen G. Rettig, please visit our Heartfelt Sympathies Store.

Receive notifications about information and event scheduling for Helen

We encourage you to share your most beloved memories of Helen here, so that the family and other loved ones can always see it. You can upload cherished photographs, or share your favorite stories, and can even comment on those shared by others.

Posted Sep 16, 2020 at 01:55pm
Thank you for sharing your Mother/Grandmother with the rest of us. An inspiring addition to all of our lives. Judy & Butch Shostak
Comment Share
Share via: 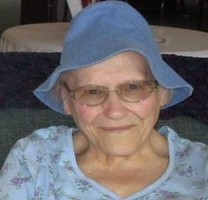