To share your memory on the wall of Irene Blush, sign in using one of the following options:

She was born March 14, 1926 in Keystone, MT near Alberton, to Martin and Edna Schleip. Irene was the 2nd youngest of 10 children. She also played on one of the first girl’s high school basketball teams in St. Ignatius, MT. Irene was married to Robert (Bob) Blush for 49 years and together they raised Kenny, Bobby, Jim and Peggy.

Irene was preceded in death by her husband Bob, her son Bobby Blush, and all of her siblings.

She was well known for her sense of humor and her baking. Everyone loved grandma’s cinnamon rolls and cookies. She also enjoyed gardening, playing cards and took wonderful care of her grandchildren throughout the years.

Cozy is the word that describes being around grandma Irene. There was magic in grandma’s touch, and sunshine in her smile. There was love in everything she did to make our lives worthwhile.

Irene’s wishes were to be cremated and buried by her husband in St. Ignatius. Services will be held at a later date.
Read Less

Receive notifications about information and event scheduling for Irene

There are no events scheduled. You can still show your support by sending flowers directly to the family, or planting a memorial tree in memory of Irene Edna Blush.
Plant a Tree

We encourage you to share your most beloved memories of Irene here, so that the family and other loved ones can always see it. You can upload cherished photographs, or share your favorite stories, and can even comment on those shared by others.

Plant a Tree in Memory of Irene
Plant a tree 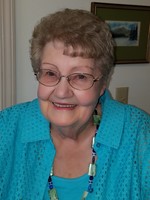