To share your memory on the wall of Jack Guns, sign in using one of the following options:

Provide comfort for the family of Jack Guns with a meaningful gesture of sympathy.

Owing to the Depression, Jack worked hard throughout his childhood and youth to help his mother with expenses. He stocked groceries, hauled trash, worked in the fruit-packing plants, nailed packing crates, harvested hops, and worked as a lifeguard at the local pool. Still, he found time to enjoy life; he participated in scouts, played baseball, basketball, and football for Zillah High School, took part in school plays, and hunted and fished with friends. Jack loved pranks, and more than once attracted the irate attention of the high school principal. Nevertheless, he graduated in good standing and directly enlisted in the U.S. Army. He served in military government in Korea from 1946 to 1948.

Upon his return, he enrolled at Central Washington State College in Ellensburg, Washington, where he earned a B.A. in education. He later completed, while teaching, a master’s degree in administration. During his college years, he worked summers in Alaska, joining the crew of a coastal salvage barge, where he was pressed into service as a hard-hat diver, a skill he learned on the job.

Jack began his career in the Yakima area, where he taught seventh and eighth grades and coached football and basketball. He loved teaching, and was equally fascinated whether he was leading an honors English class or a group comprised entirely of struggling students.

Jack married Margaret Andreas in 1954. They settled in Yakima and started a family that eventually included three children: sons Bill and Jeff and daughter Lisa. Over the years the family lived in several West Coast and Midwest locations as Jack pursued his career. Margaret passed away in 1987.

Silver-Burdett, a textbook publishing company, recruited Jack in 1961 as Northwest math consultant and sales representative. The work suited him. Knowing his way around the classroom as he did, he worked well with teachers and administrators, and enjoyed presenting products, conducting workshops, and selling books. These same skills recommended him to McGraw-Hill’s school division, which he joined in the mid 1960s. He spent the next 25 years in sales and marketing management for the company, serving as regional manager for the Northwest, West Coast, and Mid-Continent regions. Retiring from McGraw-Hill in 1990, Jack subsequently signed on as vice president of marketing with CHEF Publishing in Seattle and took on some other consulting assignments as well before he was finally ready to let go of the world of work.

In 1989, Jack wed Mary Ann Jones, and in 1994 they moved to Polson and built a home on Flathead Lake. There he had ample time to pursue lifelong interests in reading, bridge and golf. He was active in the Polson Elks for many years, ultimately serving as ER. Always interested in politics and public policy, Jack chaired the Lake County Democrats and ran twice for the State House, in 1998 and 2000, to represent what was then House District 74. Bruised but unbowed by his losses, he cherished the experience.

Jack was preceded in death by his parents; his brothers, William and Victor; and his first wife, Margaret.

In lieu of flowers, memorials may be made to the Boys and Girls Club in Polson or the Watson Children’s Shelter in Missoula.
Read Less

We encourage you to share your most beloved memories of Jack here, so that the family and other loved ones can always see it. You can upload cherished photographs, or share your favorite stories, and can even comment on those shared by others.

Posted Aug 27, 2019 at 07:21am
Thank you Jack for believing in me and instilling me that confidence to know that I can always be more. It has been more than 25 years since I was able to be blessed amd meet you. I still have the strength in me to know that my story is still just beginning. I truly appericate the encouragement and support you gave to me as a teenager that still allows me to grow today.
My condolences to your lovely wife and family. Thank you again for the difference you made in my life and still do.
Comment Share
Share via: 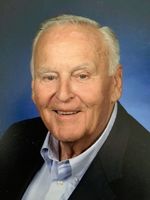