To share your memory on the wall of James Schultz, sign in using one of the following options:

Growing up, some of Jim’s fondest memories were living with his family in the logging camps of Ade Pike in the Hot Spring and Big Arm area. His father worked for Pike Logging in the summers and then the family would live in the Phoenix, Arizona, area in the winter. The warm weather and desert climate was much better for his mother’s health. This resulted in Jim attending 13 different grade schools and three different high schools. He always commented that he had been a snowbird before anyone knew what a snowbird was.

After high school, Jim joined the Army and spent time overseas in France and Germany. He made a handful of life long friends while in the service, but his heart’s desire was to always return to Montana. After he was discharged he made that dream come true and moved back in 1964. That was also the year that he met the woman he would love for the rest of his life. Jim and Chris met through a friend of Chris’, who happened to be Jim’s cousin, Bill Schultz, at Camp Tuffit. Jim and Chris were married in May of 1965 and spent 55 years together, a fact that Jim loved mentioning repeatedly. He was not just proud of the longevity of their marriage but was forever grateful for the woman he was married to. Jim and Chris had three daughters, who were all his pride and joy; Mariea, Mickele (Mickey), and Mindy Sue. He rarely missed an opportunity to talk proudly about his girls. He then felt blessed to become Papa to seven grand-children: Mathina, Cassidy, Tru, Cheyanne, Michael, Mariah, and Mackinly. And you would be hard-pressed to find a Papa more proud than he was of his great-grandchildren Jaden and Aria, who NEVER failed to make him smile and laugh.

When Jim first moved back to Montana, he worked for the Corps of Engineers during the 1964 flood, the worst flood in Montana’s history. He then became a heavy equipment operator on several road construction jobs, which resulted in Jim, Chris, and the two older girls moving to various places around western Montana. But home was always Proctor, which is where they finally settled in 1973 and lived for 41 years. After the years of running equipment, Jim became a truck driver, first hauling logs for Les Thomas. In 1973 he bought his own logging truck, The Iron Dog. He hauled logs for many companies before selling his truck. He had the truck driving bug bad and he spent 43 years on the road. He hauled from bees to a Budweiser Funny Car, and darn near everything in between. His last 13 years he hauled wood chips for Owens and Bray from Eureka to Missoula. He always said that he had “worked for the rest and ended up with the best.” Jim Bray was not only his boss but his friend and a man for whom he had the utmost respect. Jim met many people during his career and had made many terrific friends over the years. One, in particular, was Henry Baldauf. Henry was always there to help during the bad times and made the good times even better. Jim stated several times what a great man Henry is, how much he appreciated him, and that he was his best friend.

At the end of his lengthy driving career, Jim had driven over three and a half million logged miles on the road, and if that isn’t impressive in itself, he did not have one moving violation, nor any ticketable accidents. His family kept telling him to quit before he spoiled his record. Well, in 2004, due to health issues, his doctor, who must have known him fairly well, told him he either had to quit, or the doctor would pull his license, knowing that would be about the only way Jim would concede to retiring. Jim didn’t like it, but he parked his truck for the last time, said to whoever he was talking to on the CB, “Yep, catch you on the flip side,” went through his routine that he always had at the end of the day, and went home to stay.

Then came the next chapter. Jim and Chris both retired in 2004 and started their days of actual snowbirding. For the last 16 years they would go to Quartzsite, Arizona, for the winters and the summers in Montana, the most recent years in Polson. They acquired so many dear friends from all over the country and enjoyed meeting up with them every season. Due to Jim’s health continuing to fail, he and Chris decided that 2019 was the last year of their snowbird adventure. It was time to come home to roost and spend their remaining years surrounded by their family all year round.

As far as hobbies go, BS’ing would be at the top of the list, but he also enjoyed wood carving (“whittling”). It started out as something that he could do while his truck was being loaded or unloaded, but it became a lifelong passion. And he was very good at it. He made several walking sticks and canes, typically using diamond willow branches and carving his own designs into them. He didn’t go to many places that someone didn’t comment on his sticks. Over the years he carved roses, paper scrolls, quills with an ink well, a square knot, and so, SO many more things. Later in life, he enjoyed carving mostly little figurines. One of his favorite things to do were miniature cowboy hats and cowboy boots. It would be a toss-up between his enjoyment of creating these or the fun he had when he would gift them to people.

Jim was an honorable man. Nothing meant more to him than family. He was a loyal friend and a hard worker.

He is preceded in death by his parents; his brothers, Dutch and Gerrie Schultz; and his special cousin, Karen Huffaker; several aunts, uncles, cousins and his sister in-law, Roberta (Bobbie) Luke.

He is survived by his cherished wife; his beloved daughters; his grandchildren, his great-grandchildren; his Aunt Grace Hartsoch; many cousins and sister in-laws, Charleen Perkins and Loretta Jepsen.

Those that make a great impact, leave the greatest void when they are gone. Jim has left one hell of a hole. He will be missed and treasured forever. To all of his friends and family he would say
“Catch ya later, byyyyye.”

A memorial service for Jim will be held at the Lake View Cemetery with military honors on September 19, 2020 at 11 a.m. All who wish to pay their respects are welcome. A reception will follow at the Mission Valley Elks Club.
Read Less

To send flowers to the family or plant a tree in memory of James Edward Laurence Schultz, please visit our Heartfelt Sympathies Store.

Receive notifications about information and event scheduling for James

We encourage you to share your most beloved memories of James here, so that the family and other loved ones can always see it. You can upload cherished photographs, or share your favorite stories, and can even comment on those shared by others.

Guaranteed hand delivery by a local florist
BC

Posted Sep 18, 2020 at 10:03am
❤️❤️❤️Looked forward in seeing “Whittling man” Jim out back across the fence every year when they returned to Montana. He will be missed. ❤️❤️❤️
Comment Share
Share via:
JF

Posted Jul 26, 2020 at 12:48pm
I will miss you . You were a great friend we had some great times the 4 of us. Say hello to Ed for us . I know you will watch over Chris and I will visit her often. Love you friend. Prayers and love to family.
Comment Share
Share via: 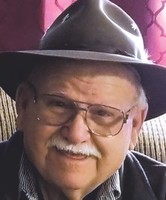