To share your memory on the wall of Jane Butkay, sign in using one of the following options:

Provide comfort for the family of Jane Butkay with a meaningful gesture of sympathy.

Jane spent her first 16 years growing up in Polson. She fondly told stories of her life in Polson, her mother taking them to Sacajawea Park to swim, roller skating down the sidewalks, delivering milk with her father, spending summers in the woods while her dad worked in the woods and her mother fed the logging crew, helping her grandfather Henry Turner and Uncle Alvie Turner on their cattle ranch west of Polson, living next door to her other grandparents Charles T. and Bertha Belknap and running through and picking up a piece of candy on her way home from school. She remembered having taffy pulls at Christmas with neighbors and friends. Times were tough, but you would never have known it from her childhood memories.

When Jane was a junior in high school, her parents bought a ranch in the Gates of the Mountains area near Nelson, MT. Jane, her parents, sister Louise and grandfather Charles T. Belknap started another adventure in life. Jane and Louise attended Helena High School. Due to the remoteness of the ranch, they boarded and roomed in Helena during the school year and their parents would retrieve them on the weekends. Jane shared many fond memories of the ranch on Beaver Creek. They had no electricity nor phone. They spent hours on horseback working cattle and packing salt and mineral to the cattle in the mountains. She fished on Beaver Creek right next to the house, helped her mom put up preserves, and hosted many friends and family at the ranch.

After graduating from Helena High, Jane began her next chapter in life. Jane attended Montana State College (now MSU) from 1949 to 1953 majoring in Chemistry. She dearly loved her college days. She was a member of Delta Gamma Sorority where she made lifelong friends. During these years her love of her life, Paul Robert Butkay, caught her eye. Paul was an agronomy major, Sigma Nu fraternity member, and a navy veteran. They enjoyed many dances together. Paul claims he saw her first and had to catch her eye. Paul graduated from MSC in 1952 and went to work for the Soil Conservation Service (SCS) in Plentywood. A year later Jane graduated from MSC in 1953 in applied science and chemistry. Jane’s first year teaching was in Roundup, MT.
Jane and Paul were married in East Helena on August 16, 1954 and they started their adventure together that led them across Montana. They lived and worked in Plentywood for 2 years and another 2 years at Culbertson. During this time Jane taught at Antelope and Culbertson teaching multiple subjects including science, math, and even physical education. Paul worked for the SCS office. Jane, being a mountain girl, found the northeast Montana prairie a bit windy and bitterly cold in the winter. She was tough, but she missed her mountains and lakes. She informed Paul that if they stayed another year he would have to buy her a fur coat.

Paul and Jane then moved to Lewistown, MT for 4 years where Jane worked as a lab technician at the hospital and Paul worked for the Bureau of Land Management. They both loved the Lewistown area. They bought their first house. During this time Jane enjoyed the challenges of being lab technician, sewing clothes for her five nieces (the Zook girls) and visiting back at the ranch on Beaver Creek. Jane lovingly helped care for her mama Florence who had a heart condition. When Florence passed away in 1961, Jane and Paul pulled up stakes in Lewistown and went to Beaver Creek to help Jane’s dad, Cassius, on the ranch.
Another page in their life began. Jane and Paul spent 4 years at Beaver Creek and absolutely loved it. It is during this time that their first child, Laurie Ann, arrived on the scene in August 1962. Soon to follow was their second child, Daniel Robert, born in December 1964.

Jane, Paul, and Cassius decided to buy a farm and ranch in the Sweetgrass Hills area near Oilmont, MT in the Fall of 1964. They formed the B & B Ranch Co. and a new life chapter began. They planted their first wheat crop in the spring of 1965 and ran their cattle on the grassy prairie. In August of 1965 their third child, Susan Marie, joined the family. With “three children under 3 years old” Jane said the beginning year on B & B Ranch was a blur of activity and that continued for their 30 years on the family farm and ranch. Jane took care of her three children, husband Paul, father Cassius making three meals a day, driving grain truck, bookkeeping, attending church, helping neighbors, and staying involved in her children’s many activities.

Jane volunteered as a 4-H leader, Oilmont and Sunburst school board member, and hospital board member. She was active in the Saint Thomas Aquinas Altar Guild and the Prairie Homemakers. She dearly loved sewing, making beautiful garments for her children and nieces and work shirts for her husband and father. She made wedding gowns, prom dresses, and bridesmaid dresses for daughters, nieces, and friends.
In the late 1970s Jane and Paul purchased Flathead shoreline on Goose Bay south of Lakeside, MT. Jane loved being back on Flathead and Paul loved fishing on the lake. Their children enjoyed swimming, waterskiing, and making friends with all the other teens on Goose Bay. As a family they finished the lake house and enjoyed time together.

In 1991, Jane and Paul purchased their current home near Rollins, MT on the shore of Flathead and started their new chapter called “retirement”. But farmers never really retire. They cared for their orchard full of cherry and apple trees and would return to the farm to help with seeding, harvesting, branding, and attending grandchildren activities. Jane dearly loved this place that she shared with Paul. She loved sharing the joys of Flathead with her 3 children, their spouses, and her 10 grandchildren and their many, many friends. Jane also dearly loved and appreciated her Rollins area friends and neighbors. She especially enjoyed her aerobics “sisters” and her PEO “sisters” who all became her dear, dear friends. She held her dear friend Carmen O’Brien close to her heart like another daughter. Jane and Paul truly appreciated her caring help through the last decade.

Jane was preceded in death by her parents, Cassius and Florence Belknap, her grandparents Charles T. and Bertha Belknap and Henry and Louisa Turner, and her dear sister and brother-in-law Louise and Donald Zook.
Jane’s family appreciates the outflow of love and kind words from family and friends. Her new chapter in life goes on and her memory is in our hearts. She was always quick to acknowledge the generosity and kindness shown to Paul and herself from others in their community. She truly felt loved!

Services will be held on Saturday, July 27, 2019 at the Dayton Presbyterian Church in Dayton, MT at 11 a.m. A reception with a lunch will be held at the Idle Spur also in Dayton, MT. In Jane’s memory donations may be made to the Rollins Volunteer Fire Department, in Rollins, MT.
Read Less

We encourage you to share your most beloved memories of Jane here, so that the family and other loved ones can always see it. You can upload cherished photographs, or share your favorite stories, and can even comment on those shared by others.

With Sincere Sympathy From, Jon & Janice Wood and With Sympathy Joseph and Di Ann Butkay have sent flowers to the family of Jane Doreen Butkay.
Show you care by sending flowers

Posted Jul 25, 2019 at 05:21pm
Wishing you peace to bring comfort, courage to face the days ahead and loving memories to forever hold in your hearts.

Posted Jul 22, 2019 at 11:17pm
At this time of loss May you know. His compassion, His grace , His love May the love of God surround you during this time of sorrow. 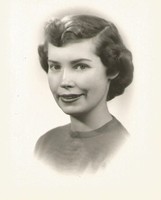