To share your memory on the wall of Jean Collins, sign in using one of the following options:

Provide comfort for the family of Jean Collins with a meaningful gesture of sympathy.

Jean passed away peacefully in her home in Polson on Sunday, March 31, 2019, after a short but brave battle with cancer.

Jean passed away peacefully in her home in Polson on Sunday, March 31, 2019, after a short but brave battle with cancer.

The youngest daughter of Alexander Gerard MacDougall of Nova Scotia and Edith Veronica Steinkraus of Cambridge, Massachusetts, Jean was born and raised in Michigan where she attended grade school through junior college. She spent her summers at the family lake cottage up North and enjoyed the outdoors, sports, and was a competitive golfer and bridge player.

She married James R. Collins of Boston, Massachusetts and had five children. She moved with her family to Wellesley, Massachusetts, and later returned to Michigan where she lived for 36 years in Farmington Hills. Here, her career as a para-professional at Cloverdale School is where she realized her life’s work with handicapped children. Jean was a passionate volunteer with the Special Olympics throughout her lifetime. In 2010, Jean retired and she and Jim moved to Montana to enjoy her grandchildren and the beauty of Flathead Lake and the Mission Mountains.

Jean’s life was centered around her large and boisterous family. She was an avid fan, coach, and supporter of every family members’ endeavors in sports, education, music, theater and the arts, and greatly enjoyed travelling for hockey, baseball, football, soccer, golf, skiing, figure skating, theater, and music competitions with her children and grandchildren. She enjoyed camaraderie and fun most of all. Jean valued the simple things in life, and from her we learned what mattered: be kind, help people when you can, play games, play music…if you are worried, find something to do with your hands, if you are sad, dig in the dirt, if you are angry run around the house, if you are bored go outside and play. If you wondered where she was, you’d find her in the garden.

Jean was preceded in death by her husband, Jim, son Jimmy, her parents, brother Robert MacDougall, and sister Margaret A. MacDougall.

A ceremony will be held at 3 p.m. on Thursday, April 4, 2019. A celebration of life will be held this summer at the lake.

In lieu of flowers, donations are being taken at St. Jude Children’s Research Hospital.
Read Less

We encourage you to share your most beloved memories of Jean here, so that the family and other loved ones can always see it. You can upload cherished photographs, or share your favorite stories, and can even comment on those shared by others.

The Bensman Group sent flowers to the family of Jean Kathleen Collins.
Show you care by sending flowers

Posted Apr 01, 2019 at 09:14pm
My heartfelt condolences for your loss. Please find comfort in the knowledge that soon God will wipe out every tear from our eyes, and “death will be no more, neither will mourning nor outcry nor pain be anymore. The former things (will) have passed away.”(Rev. 21:3,4) May this promise give you comfort now and a real hope for the future. My deepest sympathies.
Comment Share
Share via:
TG

Posted Apr 01, 2019 at 04:00pm
Please accept our most heartfelt sympathies for your loss... Our thoughts are with you and your family during this difficult time.

The Bensman Group purchased flowers for the family of Jean Collins. Send Flowers 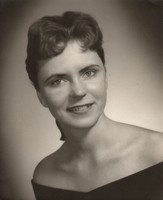