To share your memory on the wall of Joan Dykstra, sign in using one of the following options:

Print
Joan Dykstra of Polson went to be with the Lord on April 26, 2020. Joan was born in Blue Island, IL to Harry and Hazel. The middle one of 3 children, Joan attended parochial school and graduated from Blue Island High in 1948.

Joan marrie... Read More
Joan Dykstra of Polson went to be with the Lord on April 26, 2020. Joan was born in Blue Island, IL to Harry and Hazel. The middle one of 3 children, Joan attended parochial school and graduated from Blue Island High in 1948.

Joan married the love of her life, Hub, on June 17, 1949, and they lived in Blue Island, IL and Beloit, WI before moving to California in 1955. During this time, they raised 3 beautiful daughters. Joan was employed in the medical field as an Office Manager for an Ophthalmologist group.

Along with working, Joan was a dedicated homemaker. She enjoyed cooking, baking, gardening, needlework, reading, antiques, traveling, and creating chrismons for the Christmas tree. Joan and Hub moved to Polson, MT in 1993, where Joan became active in the church choir.

She was preceded in death by her parents Harry and Hazel, husband Hub, and brother Harry.

There are no services planned at this time for Joan. These will occur at a later date.
Read Less

Receive notifications about information and event scheduling for Joan

There are no events scheduled. You can still show your support by sending flowers directly to the family, or planting a memorial tree in memory of Joan Marie Dykstra.
Plant a Tree

We encourage you to share your most beloved memories of Joan here, so that the family and other loved ones can always see it. You can upload cherished photographs, or share your favorite stories, and can even comment on those shared by others.

Plant a Tree in Memory of Joan
Plant a tree 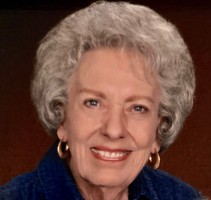