To share your memory on the wall of John Varnum, sign in using one of the following options:

After graduation, John joined the USAF, and was stationed in Louisiana
and Goose Bay, Labrador. During this period, John and Alice Nelson were
married on August 9th, 1953, in Harlem, and Alice accompanied him to
Louisiana before he was transferred to Goose Bay. His first daughter,
Vicki, was born while he was stationed at Goose Bay, and this now larger
family moved with him when he was transferred to Tacoma, WA where he
was honorably discharged in 1956.

John attended the University of Montana, and graduated with his Master’s
Degree in Music Performance in 1959. John was principally a clarinetist,
but also played flute, saxophone and piano.
His second daughter, Barbara was born during this time.

The growing family then moved to Helena, where he was the music teacher
for Helena Public Schools and directed the Helena Symphony Orchestra.
He also drove the tour train in Helena during the summer, and his children
have fond memories of riding with him (FOR FREE!). Here Elizabeth was
born, and their family was complete.

In 1963 the family moved to Havre, where John was an associate professor
of Music, and later (1970) became chairman of the music department at
Northern Montana College.

In 1965, on a lark, John applied for Teacher’s Education in East Africa
(TEEA), sponsored by Aid For International Development. To his surprise
he was hired and the family moved to Kisii, Kenya in 1967. Alice was hired
by the Kenyan government to teach in the same college, and together they
visited small mudhut schools to observe and assist student teachers in
training.

When not teaching, they toured Kenya, Tanzania and Uganda in a small
VW bug. John had outfitted the VW with a homemade supply box which
perched on top of the VW, and which held all camping gear, food and
everything one needs for a family of five, while tooling around the outback
of Africa. The family has memories of lions roaring and hyenas laughing
while snuggled in their tent. He was fearless! These were very happy and
memorable years for the entire family, and sparked the love of travel in his
three daughters.

Before returning to Montana, they purchased a larger tent, a bigger VW
and camped throughout Europe for two months, and then sailed to New
York City aboard the SS United States.

John recorded Kuria and Gusii traditional music, as well as collected
traditional african musical instruments. The music he recorded was
eventually made into an album for the Library of Congress/Smithsonian,
Folkway collection, so that these musical traditions would not be lost. John
donated several African instruments to the Chicago Museum of Natural
History.

The family returned to Havre in 1969, where John resumed his work at
NMC. He retired in 1986. John and Alice moved to Polson, MT and built
their dream home overlooking Flathead Lake. John worked for five-years
at Salish Kootenai College as a grant writer.

After retirement, John and Alice spend the next 30 years as traveling “snow
birds” as well as traveling throughout the country and the world. The entire
family traveled to Thailand to celebrate John and Alice’s 50th anniversary,
and Portugal for their 60th. Traveling was John’s passion.

John was a gentle soul, with a wicked sense of humor. He was an avid
reader, an incredibly talented musician, an intellectual, and a Mr. Fix It. His
hobby after retirement was woodworking, and he became a self-taught
accomplished woodworker, making many beautiful wood products for his
family, including all of his grandchildren, which are cherished by them to
this day. His family meant everything to him, and he was everything to his
family.

He was preceded in death by his older brothers Richard and Howard.
The family suffered the loss of beloved daughter Elizabeth in 2015.

To send flowers to the family or plant a tree in memory of John Phillips Varnum, please visit our Heartfelt Sympathies Store.

Receive notifications about information and event scheduling for John

We encourage you to share your most beloved memories of John here, so that the family and other loved ones can always see it. You can upload cherished photographs, or share your favorite stories, and can even comment on those shared by others.

Sylvia and I were truly saddened to read of John's recent passing. We send our sincere condolences to you, Alice, and your family at this time of loss.

It is in our memories of John that we reflect and smile about our times together with him. The first memory that comes to mind is sitting at long restaurant tables during NMC choir/band tours in the 1960's and listening to John's unforgettable solos of "baa, baa, baa" when everyone joined in singing "At the tables down at Maury's.." while all of us were in the beginning stages of having too much to drink. He had such a marvelous twinkle in his eyes as he received the well-deserved table-applause during music's "hey-day" at NMC.

I had the pleasure of not only being a student of John's during the mid 1960's but also as an NMC faculty member for four years in the early 1980s. He was always the consummate gentleman with a wry sense of humor that was often ushered as an aside to those within hearing range followed by his dry cackle laugh.

He went with the flow of life and enjoyed every moment of the float. I recall him telling me about his life-altering experiences in Kisii, Kenya and watching his eyes tear up as he talked about his love of that place and the emotional trauma he faced upon arriving in the NYC harbor via boat after a year in Kenya. He said that he just wanted to get right back on the boat, then and there, and go back to Kenya. He also had a deep affinity for Native America and the remarkable music produced by the Indian culture. I believe that he hoped that he would develop a passion for Native America that was a deep as his devotion to Kenya.

John taught me a great deal about loving music deeply and about the importance of striving to uncover the best in others by being, for them, the best example as a human being. Because he was that, he will truly be missed.

Posted Jul 16, 2019 at 06:33pm
The Varnums were our friends and neighbors, for many years, in Havre. We were blessed to know them. I send my sympathies to the family of John. God bless.
Melanie Shikany McCulloch
Comment Share
Share via:
JN

Posted Jul 10, 2019 at 09:20am
Alice and Family: Our heartfelt condolences; John was a wonderful person with the greatest sense of adventure. A great life lived !

Posted Jul 09, 2019 at 11:54am
MY SINCERE CONDOLENCES TO THE VARNUM FAMILY. I NEVER MET ANY OF THEM BUT I AM A COUSIN OF ALICE NELSON VARNUM; HER MOTHER MAMMIE AND MY MOTHER MARGARET WERE SISTERS; ALICE & I CORRESPONDED BY LETTER WHILE IN HIGH SCHOOL BUT LOST TRACK OF EACH OTHER AFTER GRADUATION. AFTER READING JOHN'S FASINATING OBIT I CAN SEE WHY. THE VARNUM FAMILY HAS HAD AN ADVENTUROUS LIFE; MORE POWER TO THEM. I AM SORRY FOR UR LOSS ALICE. SINCERELY DONNA WHEELER HERZOG 9166 UPLAND LN N. MAPLE GROVE, MN. 55369
Comment Share
Share via:
PW

Posted Jul 08, 2019 at 07:54pm
Peggy Willis (niece) - I have fond memories of family outings with John and all the relatives: Tetons, Flathead Lake, etc. That teardrop trailer was always a source of great fascination to the cousins! Family is important and John passed that on to his daughters. John leaves behind a great legacy. Rest and be in peace, John.
Comment Share
Share via: 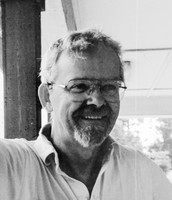