To share your memory on the wall of Joseph Santos, sign in using one of the following options:

Provide comfort for the family of Joseph Santos with a meaningful gesture of sympathy.

Joseph was born on March 10th, 1939 in St. Ignatius Mt. Joseph attended the Ursuline Boarding School in St. Ignatius as a child and pursued his higher education at the Salish Kootenai College, MSU Northern College, and attended college in Washington. He married Marliss McDonald in 1956 at the Catholic Church in St. Ignatius Mt. They had 6 children. Joe enjoyed being in the outdoors. Hunting and fishing and cooking for family gatherings were important to him. His biggest passion was fishing on the ocean and racing cars with his friends. Joe spent a portion of his life living in Washington, Oregon, California and eventually making his home back in Montana. He worked for the BIA Forestry, CSKT Division of Fire as a Crew boss and Look out boss, and later retired at Mission Valley Power, but he never really retired. He continued to work in construction, maintenance and other odd jobs. You name it, he would have said he has done it.

He is survived by his siblings Julia Barton, Vincent Burrafato, and Lupi Jones. His children Brenda Santos, Cindy Santos, Linda and (David) Altamirano, Dawn and (Joseph) Lilly, and Joseph and (Mali) Santos, Betty Quequesah, 20 grandchildren, and 30 great grandchildren and numerous nephews and nieces.

We encourage you to share your most beloved memories of Joseph here, so that the family and other loved ones can always see it. You can upload cherished photographs, or share your favorite stories, and can even comment on those shared by others. 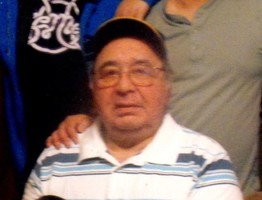