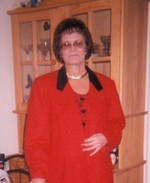 Judith Lee Loberg, age 68, passed away on March 28, 2019 in St. Ignatius. She was born on July 9, 1950 in St. Ignatius at Holy Family Hospital the daughter of Omer Dennis Garrett and Frances (Markle) Garrett.

During her working career, whatever work she did, she was the master of it. She worked for SLAM, family services and Indian Health Services. She always wanted to help people especially the children. She later worked with the disabled to get on Social Security.

She was preceded in death by her parents, and brothers, William Worley and Bobby Snyder.

She is survived by her children, Troy Marquardt, Raelynne Peterson, Christy Rhine and Brian Loberg and her brother Omer Snyder; as well as numerous grandchildren, nieces and nephews.