To share your memory on the wall of Julius Clavadetscher, sign in using one of the following options:

Jules was born May 3, 1943, to Herman and Ruth (O'Malley) Clavadetscher in Billings, their third and youngest son. After attending Billings Senior High School, he followed in the footsteps of his oldest brother, Greg, and his middle brother, David, to Georgetown University.

After graduation he attended Columbia University in New York where he received a master's degree in business administration. That might not have been the best preparation for his next life adventure, as an enlisted U.S. Army soldier serving his country in Vietnam. He served valiantly and talked little about his time in Vietnam.

When he returned to the United States he set out to find a job and marry the Billings teacher he had met on an arranged blind date. His union with Ann Murdo lasted more than 50 years. They celebrated their 50th anniversary on Sept. 6 in Polson, where they have lived since 2001.

Jules worked for Ford Motor Co. in New Jersey, where his and Ann's first three children -- Laura, John, and Karen -- were born, and in Michigan, where Mike and James rounded out the family.
In the 1980s Jules moved into executive offices at Nissan American Motor Co. With Nissan, the family moved to Irvine, California, then to the Boston, Massachusetts suburbs, before returning to Nissan's then-headquarters in Southern California. The family lived in Palos Verdes before Jules received an assignment in Northern California (Danville), where he was named a Nissan Vice President. From Danville, Jules and Ann moved to Polson, where they built a home in the Mission Bay subdivision.

Jules believed in building and serving communities. He joined the Polson Rotary Club, and he and Ann volunteered at the local food bank. He was a key member of the Greater Polson Community Foundation.
In 2004 Jules was appointed to the Polson City Council and later became mayor of Polson in 2006- a task he took like a duck to water. One of the most satisfying accomplishments as Mayor was working with the Confederated Salish and Kootenai Tribes to reconfigure the pier and parking area at Point Salish Park.

He and Ann cheered on the Griz, the Hoyas, the Wildcats, the Ducks, and numerous sports teams of all colors and stripes.

For the past six years, Jules suffered from Parkinson's disease and related conditions, gradually losing mobility and his voice but never his sense of humor. He participated in a medical trial in San Francisco with the hope of helping to find a cure for future generations. He has donated his brain to medical science in the hope that scientists can better understand the disease and find a cure.

Jules leaves behind his wife, Ann, his children Laura Dravenstott (Rob), John (Carol), Karen, Mike (Pam), and James (Molly) plus grandchildren Aden, William and Daniel Dravenstott of Colorado, Julia, Sean, and Audrey Clavadetscher of Chicago, Michael (Mac), Joey, Tommy, and Mae Clavadetscher of Marshfield, Massachusetts, and Jack, Benjamin, and Connor Clavadetscher of Petaluma, California. Also surviving are his brother, Greg (Martha), brother-in-law Bob (Marlene) Murdo and sisters-in-law Kay Clavadetscher and Pat Murdo. He also leaves behind numerous nieces, nephews and longtime friends from Billings and newer friends from Polson.
In addition to his parents, he was preceded in death by his brother, David, and two nephews.

The family would like to thank Partners in Home Health for assistance in the past months.
Cremation has taken place. A memorial service will be held this coming summer. Donations may be made to the Polson Loaves and Fish Pantry, to the Greater Polson Community Foundation, to the CurePSP Foundation, or a charity of the donor’s choice.
Read Less

Receive notifications about information and event scheduling for Julius

There are no events scheduled. You can still show your support by sending flowers directly to the family, or planting a memorial tree in memory of Julius James "Jules" Clavadetscher.
Plant a Tree

We encourage you to share your most beloved memories of Julius here, so that the family and other loved ones can always see it. You can upload cherished photographs, or share your favorite stories, and can even comment on those shared by others.

Posted Dec 26, 2019 at 02:15pm
Dear Ann, So sorry to hear about Jules. We have such wonderful memories of you and Jules on the Nissan trips. Fondly. Dick and Debbie Lifton. Jupiter Fl.
Comment Share
Share via:

Posted Dec 24, 2019 at 08:54am
Jules was a really good friend up until High School when I became too young to run with the big kids. I lived right across the street from him, and still do. I am glad to see how full a life Jules led. Please accept my condolences to my fellow green apple picker (we generally had the apples on the neighborhood trees cleaned off before they were ripe). Anyway so long pal. Larry Judd
Comment Share
Share via:
ER

Posted Dec 21, 2019 at 11:21am
We were so sorry to hear of Jules death. He lived a life full of wonderful times with his family. Please know that many friends share your grief. When someone dies, they can't take anything with them so what they leave behind is what is important and Jules leaves behind a legacy of goodness, hard work, service and compassion for others, and love of family. Please know that you are in our thoughts and prayers.
Ernie and Mary Lou

Posted Dec 20, 2019 at 10:49am
Ann and family,
Jules is one of those special people that I was so fortunate and blessed to meet and work with along the way. A man of vision,compassion, energy but most of integrity. RIP my friend Jules
Gayle Siemers
Comment Share
Share via:
TM

Posted Dec 19, 2019 at 09:01am
I feel tremendously lucky to have known and worked with Jules. During our lifeltime those opportunities to encounter a person such as Jules with such great values of a hard work ethic, fairness, professionalism, and a great love of his fellow human beings, are a gift from God to all he encountered and one of the highlights of my work career. Jules had that rare ability to motivate people and empower them with his visionary goals. The community of Polson became a better place from Jules. He will be deeply missed. Tom McDonald
Comment Share
Share via:
MO

I feel truly blessed to have known and worked with a true gentlemen that walked the walk when it came to service above self. Jules was one of the most pleasant, competent and gifted men I have had the pleasure of knowing. My condolences to Ann and family, he will truly be missed. 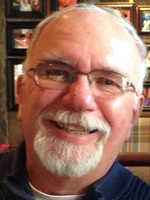