To share your memory on the wall of Karen Williams, sign in using one of the following options:

Jeanie graduated from Three Forks High School in Montana in 1958. After graduation, she worked for the Federal Reserve Bank in Helena, Montana.

Jeanie was introduced to Francis in 1959 by her brother, Milton, and married in 1960 in Three Forks. In the 1970s, Jeanie and Francis moved to Finley Point on Flathead Lake in Polson.

Jeanie could always be found in a color coordinated outfit from head to toe, whether it be blue, purple, green, yellow, and her absolute favorite; pink. Along with her trending taste in clothes, was her eye for sparkling jewelry; a fashion icon at 80.

She was extremely family oriented. Jeanie could be found at every one of her granddaughter’s events, no matter the distance. Her favorite activities included spending the day shopping with her daughter, Kim, after buying a hazelnut latte. One memory she spoke fondly of was traveling to Ireland with Kim in 2016. When she wasn’t with her family, she was either out at lunch with friends, or devoting herself for the past 50 years to the First Baptist Church in Polson, where she taught Awanas, sang in the choir, and was Treasurer for the Church.

Jeanie is preceded in death by her parents, and loving husband of what would be 58 years, Francis. She is survived by her daughter, Kim Stallknecht and husband Kurt of Kalispell, and son, Bill Williams and his family of Lavon, Texas. Jeanie was a caring “Nana” to two grandchildren, Ariel and Alanis Stallknecht. Jeanie is also survived by her brother, Milton Hicklin, and leaves behind several nieces, nephews, and cousins.

A visitation will be held from 2 p.m. to 7 p.m. Friday, July 10th at The Lake Funeral Home. A funeral service will be held Saturday, July 11th at 2 p.m. at the First Baptist Church in Polson, with Scott Craven officiating. There will be a graveside service following the funeral at the Lake View Cemetery, with a reception to follow at the First Baptist Church.
Read Less

To send flowers to the family or plant a tree in memory of Karen "Jeanie" Williams, please visit our Heartfelt Sympathies Store.

Receive notifications about information and event scheduling for Karen

We encourage you to share your most beloved memories of Karen here, so that the family and other loved ones can always see it. You can upload cherished photographs, or share your favorite stories, and can even comment on those shared by others.

Dana and Robin Williams sent flowers to the family of Karen "Jeanie" Williams.
Show you care by sending flowers

May you find peace and comfort in the precious memories you share.
Jeanie greeted everyone with a cheerful smile and special conversation.
We were introduced by a mutual friend years ago. Heaven gained a special angel. Peace be with you.

Posted Jul 10, 2020 at 12:02pm
Our thoughts and prayers are with you. Your mom was a lovely ray of sunshine in all of our lives through the years and will be dearly missed.

Dana and Robin Williams purchased the Your Light Shines and planted a memorial tree for the family of Karen Williams. Send Flowers

Posted Jul 10, 2020 at 10:40am
Kim, I am so sorry for you loss, your mother was a very special lady! Loved her smiles and giggles every time I saw her. Many hugs and kiss to you all!
Erica Potts
Comment Share
Share via:
TA

Posted Jul 09, 2020 at 02:59pm
Bill and Family: It was with great sadness I read of your mom's passing. She was such a classy person and always a smile. I enjoyed reading about her sense of fashion style. I think she spent as much time at my mom's store (Doreen's Fashions) as mom did...LOL. I am sorry I can't be there to help celebrate her life. But, I will be there in spirit.
Comment Share
Share via:
KN 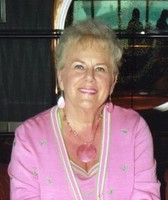