To share your memory on the wall of Kathryn Stewart, sign in using one of the following options:

She attended elementary school in Elgin, Illinois and graduated from Marengo High School i... Read More
Kathryn Stewart passed away on May 24, 2020 in Polson, Montana. She was born on April 28, 1941 in Elgin Illinois to Melvin and Grace (Ott) Moody.

She attended elementary school in Elgin, Illinois and graduated from Marengo High School in Marengo, Illinois class of 1959. She attended Northern Illinois University & University of Montana graduating with high honors. In 1961 she and Butch Stewart were married in Elgin, Illinois. She and her husband moved to the Bitterroot Valley in Montana where their three children were born --- David, Kristin and Heather.

She was a teacher at Stevensville High School where she touched many lives. She taught English, Speech & Debate, honors English; she was also drama coach & director. She also developed a media program and was involved in many extra school activities. Kathryn retired in 2004.

In 2017, Kathryn and Butch moved from their Bitterroot home of many years, to Polson, Montana to be near her daughter Kristin and family.

Celebration of Life services will be announced at a later date.
Read Less

Receive notifications about information and event scheduling for Kathryn

There are no events scheduled. You can still show your support by sending flowers directly to the family, or planting a memorial tree in memory of Kathryn Louise Stewart.
Plant a Tree

We encourage you to share your most beloved memories of Kathryn here, so that the family and other loved ones can always see it. You can upload cherished photographs, or share your favorite stories, and can even comment on those shared by others.

Posted Jun 02, 2020 at 11:36am
My thoughts and prayers go out to all of you. Her enthusiasm, energy, laughter and love of everyone will always be remembered. I am so sorry for your loss. Roberta Nicholas
Comment Share
Share via:
JS

Posted May 30, 2020 at 05:43pm
We remember fondly Katheryn from the Peak Health and Fitness Center in Missoula... equipped with a positive comment and kind words... Sorry Butch and family for your loss.
Comment Share
Share via: 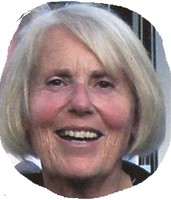