To share your memory on the wall of Kerry Wiedrich, sign in using one of the following options:

Provide comfort for the family of Kerry Wiedrich with a meaningful gesture of sympathy.

Kerry was born on May 5, 1953 to Marvin and Sally Wolf Wiedrich, the second of six children, in Hazen North Dakota. Kerry’s father worked on the Interballistic Missile System in Montana and North Dakota. During this period the family lived in a small trailer while traveling between missile sites. They later settled in Billings where Kerry attended school, graduating from Billings Senior High School in 1972. He attended Eastern Montana College, and worked at Sears assembling and repairing bicycles, sewing machines and other appliances. Kerry transferred to Montana State University, where he earned a degree in Electrical Engineering and accepted a job at the Montana Power Company in Missoula where he went on to receive a master’s degree in Business Administration. He would go on to work as a Senior Engineer in Hamilton and Great Falls. His love for mountains, lakes, skiing and the outdoors prompted him to accept the position of Engineering Manager at Mission Valley Power Company in Polson. Kerry’s first assignment at MVP, in 1993, was to write an extensive paper on tribal takeover and operation of Kerr Dam. Kerry became a valued leader, instrumental in overseeing construction of the new MVP facility in Pablo. His position included planning and construction for the expanding power needs and growth on the Flathead Indian Reservation. He held the job for over 20 years until his illness forced him to take disability.

Kerry and Deborah Raunig were married on October 2, 1982, and welcomed their daughter Mary Ann into the world 10 years later. Kerry was a patient and loving father. He was actively involved in Mary’s schooling, was a part of the local booster club, and arranged her high school graduation party. Mary and Kerry were not only father and daughter, but best friends, pursuing their mutual enjoyment of Harry Potter, sci-fi, classic rock, concerts, bagels and snowboarding. In later years he found great pleasure in attending MSU Football Games where Mary played in the Bobcat Marching Band. When Mary moved to Billings, they enjoyed exploring new bagel shops, hiking the rims, and going downtown. No matter where Mary ended up, Kerry always made a special effort to visit and support her.

Throughout his life Kerry always stayed active by running, weight lifting, biking, and sailboarding. Family time centered around life on Flathead Lake which included waterskiing, boating, sailing, hiking Wild Horse Island and traveling by jet ski around the lake and up the Flathead River. Kerry was an avid downhill snow skier as well, first at Big Mountain and later exclusively at Blacktail Mountain. In fact, he prided himself on being able to snow ski and water ski on the same day. He enjoyed arranging flowers and would often make elaborate bouquets, distributing them to friends around the area. He also liked to host the semiannual Wiedrich family reunion where he always organized a catered party with live music. When he could no longer pursue outdoor activities, he became a master at selling his possessions on Craigslist and Ebay. Kerry easily figured out the electronics of his wheel chair, head control and bite operated computer mouse. He was able to direct his family and others in the details of his complex care until the end.

He is preceded in death by his sister Karla Roth and his father Marvin Wiedrich.

Services will be held on Saturday, October 5, 2019 11:00 AM at the First Presbyterian Church in Polson, luncheon following internment at the Lake View Cemetery.
Read Less

We encourage you to share your most beloved memories of Kerry here, so that the family and other loved ones can always see it. You can upload cherished photographs, or share your favorite stories, and can even comment on those shared by others.

Jennifer Shryock and Robert Cordova, Hugs, Chuck & Nancy Schatzka and Andrea, Chip & Ca, and others have sent flowers to the family of Kerry Kim Wiedrich.
Show you care by sending flowers

Posted Oct 04, 2019 at 11:39am
With loving memories of Kerry and our geartfelt condolences,

Posted Oct 02, 2019 at 09:24am
Sending so much Love to you all! Kerry was an Amazing man, who will be greatly missed! May he always live in your Heart. Keep all those great memories

Posted Oct 02, 2019 at 09:02am
Kerry contributed so much to Mission Valley Power and will always be remembered. Our thoughts and deepest condolences are with you.

Posted Sep 30, 2019 at 12:50pm
My deepest condolences to Kerry’s entire family.
Also to his mother Sally , who is my first cousin. 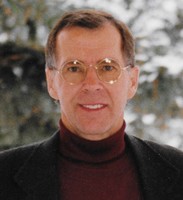