To share your memory on the wall of Leigh Herman, sign in using one of the following options:

On September 24, 1958, he and Judith Adelaide Mullen were married in Polson, Montana. This was the beginning of their 56-year journey together. Four children were born to this union; Patricia Louise, John Edward, Robert Leigh and Katherine Lea “Kay”.

Aside from ranching, Leigh wore different hats over the years. During the 1960’s, he managed a Christmas tree yard for Walter’s Tree Company, purchasing, grading, and shipping trees in the fall. When the Kalispell Livestock Auction opened, Leigh worked at the yards on sale days for the next seven years. For the next thirteen years in the 1970’s, he was in the trucking business with a semi-truck pulling a straight trailer and an eighteen-foot truck used to haul livestock within the state of Montana. For a number of years, he custom hayed. It was not work all the time as he enjoyed helping to produce local rodeos. He also entered these rodeos on his calf horse “Jimmy.”

He became active in the Western Montana Stockman’s Association, and over the years, served on the Board of Directors as Secretary/Treasurer and President. Other boards and committees Leigh served on were the Hot Springs School Board, Soil Conservation Board of Sanders County, Hot Springs Saddle Club, Board of Directors of the LaRue Hot Springs Museum, and was a Mission Valley Elks Club Member for 42 years. Leigh was versed on many subjects, especially the history of early western Montana.

Leigh was an avid reader. He enjoyed visiting with family and friends. In later years, after his gray horse was put out to pasture, he could be seen driving around in his ’91 Ford pickup checking neighboring towns and ranches (as he said, snooping).

Services will be at Lonepine Hall, Lonepine, Montana on Friday, January 10, 2020 at 2:00 p.m. A viewing will take place before the service from noon until 2:00 p.m. A reception will follow the service. Burial will take place Saturday, January 11, 2020 at 11:00 am at Conrad Memorial Cemetery in Kalispell, Montana. In lieu of flowers, donations may be made to the LaRue Hot Springs Museum, Hot Springs, MT or Pinehaven Christian Children’s Ranch, St. Ignatius, MT.
Read Less

To send flowers to the family or plant a tree in memory of Leigh Gordon Herman, please visit our Heartfelt Sympathies Store.

Receive notifications about information and event scheduling for Leigh

We encourage you to share your most beloved memories of Leigh here, so that the family and other loved ones can always see it. You can upload cherished photographs, or share your favorite stories, and can even comment on those shared by others.

Jeannine Padilla, Tom and Lois and Family, and other have sent flowers to the family of Leigh Gordon Herman.
Show you care by sending flowers

Posted Jan 13, 2020 at 09:33pm
Sorry to here of the loss of Leigh. I enjoyed the years of doing tax work for Leigh and Judy and miss seeing them during tax season.
Gerald L Hanson, CPA
Comment Share
Share via:
DH

Posted Jan 10, 2020 at 06:47pm
My name is Dave Holland from the Chief Cliff Estates, west of Elmo where I live with Shirleen Aylesworth. We’ve known Leigh Herman for about seven years. We’ve learned a lot from Leigh and were welcome to his home; when he visited our home, he always accepted the vodka & tonic we offered.

There were leisurely trips on our four-wheeler among the north hills where he would point out sites of abandoned gold & silver mines cut into solid stone, remnants of homesteads where families were raised while attempts were made to cultivate the land.

On a clear morning in late August, 2016 at age 86 he drove us north along the back roads passing former homes of his family, his late wife Judy’s cousins, schools & churches now gone and pastures with fence lines he installed by himself.

He related who leased this-or-that property and fields where he put up hay, new homes & developments plus mountain tops where the great fires burned.

His voice is soft, barely audible at times, yet on that day he’d been talking steadily for several hours and could have easily done more.

Back at his ranch I took seven photos, which I’ve included here (two black & white, five in color) . . . the late afternoon sunlight seemed to accent his characteristic good looks.

Tom and Lois and Family

Tom and Lois and Family purchased flowers for the family of Leigh Herman. Send Flowers 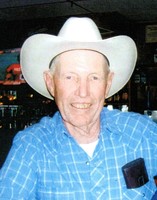 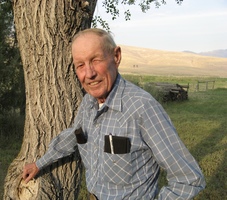 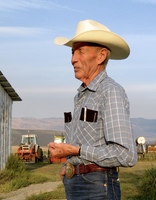 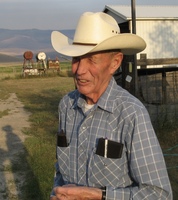