To share your memory on the wall of Leslie Kallowat, sign in using one of the following options:

Her Kootenai name was Little Whirlwind and she certainly lived up to that name. Leslie was always busy doing for others. She volunteered at many a Kootenai social event, usually cooking. Leslie was really a great cook, and usually overdid it by cooking for an army. She kept busy raising three children and helping raise many other children because she had such a huge, caring heart. All the young people from the Kootenai community grew up calling her Gramma or Auntie because she embraced them as her own.
She was a big supporter of the Traditional Indian Games, doing fundraisers and coordinating events. She was also known to be a player in some of the games.

Leslie was born on November 14, 1954 to Howard Kallowat and Mae Phillips. Her parents meant the world to her.

Leslie grew up Kootenai , ever so proud of her heritage. As a kid, she played along Dayton creek with her brothers, sister, cousins and friends. And then they swam in the Lake all day long, maybe stopping to eat green apples and salt. Leslie lived happy and loved lots. When her sister Girlie was killed in a car accident, Leslie was so devastated.

Leslie worked most of her life for the Confederated Salish and Kootenai Tribes. As a young woman she worked for Tribal Forestry, a job she truly loved. She made life-long friends while employed there. Then she did take a job with the Polson School District as Home School Coordinator. She touched the lives of many children while employed there.

In 1980 she and Orsino Walker began their life together. Shortly after that, Evelyn Stevenson with the CSK Tribal Court Advocate’s Office, hired Leslie as a Court Advocate to represent tribal members with criminal and civil cases. At this time CSKT’s Court was transforming into one of the Nation’s first formal Courts. From a Tribal policemen presenting tickets to the Tribal judge to having a Prosecution Office and a Defender’s Office under the tutelage of Evelyn Stevenson, one of CSKT’s first attorneys and Margorie Brown, who was the head of the U of M’s Indian Law Clinic. She and Orsino had three children together who she raised with great care, yet she excelled as a Court Advocate at the same time. She travelled extensively to trainings with the National Indian Justice Center. Because of her extensive knowledge of Indian law, she was later hired as an Associate Tribal Judge, a position she was very proud of. She served in that position for many years.
Leslie’s last job was as the Tribe’s Repository Curator where she safe-guarded ancient, sacred Kootenai items. This position she filled with all her heart’s enthusiasm.

Her most important job, however, was taking care of her family, which she did endlessly. She was the greatest supporter of her kids and grandkids participation in sports. She went to every basketball game, keeping her own stats of their accomplishments. She also went to every baseball game and track event, following Kara to the State meet.

Leslie had a great sense of humor and she would be the first one to laugh at herself. She was one of the kindest people we’ll ever know. She was beautiful on the inside and out. She would want us to think about little Agatha and Dustin who might not understand why she’s gone…to help them along the way.

Leslie is preceded in death by her parents, grandparents, sister Susette, and her mentor, Pete Stasso.

To send flowers to the family or plant a tree in memory of Leslie Jean Kallowat, please visit our Heartfelt Sympathies Store.

Receive notifications about information and event scheduling for Leslie

We encourage you to share your most beloved memories of Leslie here, so that the family and other loved ones can always see it. You can upload cherished photographs, or share your favorite stories, and can even comment on those shared by others.

Posted Jun 08, 2020 at 09:22am
Dear Orsino and family, We were saddened to hear of Leslie's passing. We feel fortunate to have known her. She always made us feel special whenever we saw her. We will never forget her smile. If we can help in some way, please let us know.
Jeff and Joanne
Comment Share
Share via: 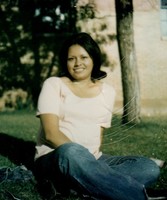