To share your memory on the wall of Margaret Lozar, sign in using one of the following options:

Provide comfort for the family of Margaret Lozar with a meaningful gesture of sympathy.

Maggie was an enrolled member of the Fort Peck Assiniboine Tribe and respected the land gifted to her. She graduated from Poplar High School in 1944 and soon after attended nursing school in Great Falls. Unfortunately, after seeing blood and almost passing out decided that career was not for her. She then took a job in Portland, Oregon as a tour guide at the shipyard during the war.

But the longing for Montana and her family brought her back to Dixon to help her sister Winona with a new baby. While there she met a dashing Buddy Lozar on a blind date (well maybe not dashing she would say, but boy could he dance) and married him three months later. They welcomed their first child Steve in 1949, then two years later Pixie and then Jan seven years later.

Maggie became very adept at moving since Buddy worked for the Federal Government and accepted new jobs almost every year. To this day we think she could have owned her own moving company.
As the grand kids started to arrive, Maggie took on her most prized job ever, Grandma sitting and spoiling. Her ability to make SPAM taste good for her grandkids was award winning. She adored her grand kids and they adored her; they were her life.

Fall was Maggie’s favorite time, and we will honor her every year by gazing up at the colorful trees. We will miss her never ending love and look forward to “shaking a leg” with Mom.

She is preceded in death by her husband Buddy, her parents, siblings and granddaughter Haley.

There will be a Rosary at 6:00 P.M. on Monday, October 7, 2019 at The Lake Funeral Home. A Funeral Mass will be held on Tuesday, October 8, 2019 at 12:00 P.M. at The Immaculate Conception Catholic Church Burial will follow at Lakeview Cemetery. In lieu of flowers please donate to Immaculate Conception of Polson scholarship program for Legendary Lodge youth camp.
Read Less

We encourage you to share your most beloved memories of Margaret here, so that the family and other loved ones can always see it. You can upload cherished photographs, or share your favorite stories, and can even comment on those shared by others.

Posted Oct 08, 2019 at 02:49pm
So sorry to hear about your Mom. Your folks were always so kind to my parents and I know they treasured time with them. Now they will all be reunited in heaven. God Bless. Sending prayers and love. Diane "Buttons" Strauss
Comment Share
Share via: 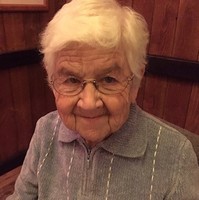