To share your memory on the wall of Marilyn Wall, sign in using one of the following options:

Print
MARILYN KAY (Mann) WALL, 85, of Polson, passed away peacefully at her home on Monday, March 4, 2019, surrounded by her loving family. Kay was born on August 21, 1933 in Broadus, MT to Clifford and Minnie (Smith) Mann.

Her family moved ... Read More
MARILYN KAY (Mann) WALL, 85, of Polson, passed away peacefully at her home on Monday, March 4, 2019, surrounded by her loving family. Kay was born on August 21, 1933 in Broadus, MT to Clifford and Minnie (Smith) Mann.

Her family moved several times throughout the years, eventually settling in Tacoma, WA. Kay attended Puyallup High School then Lincoln High School where she earned her diploma. Her career with Pacific Northwest Bell, while short-lived, was a treasured piece of her history & she maintained life-long friendships from those early days. Kay married Dean in 1955 & from there devoted herself to becoming the best wife and mother imaginable. To-gether they built a life raising their children in Milton, Washington. She was committed to everything that involved her family. Any activity through church, school, the community or neighborhood - she was all in. PTA, scouts, hunting, camping, boating, fishing, sports - she was always there! Kay was a skilled seamstress, quilter & enjoyed knitting and crocheting. She always put others first. When Dean took an early retirement in 1982, Kay was by his side as they moved to Montana to live their dream of raising cattle & establishing a small ranch. Kay was an incredibly gifted historian, the keeper of information. When, who & how “Ask Kay, she will know...”. And what hospitality was shown to anyone who visited. Chances were, a delicious pie had magically just come out of the oven.

Kay is survived by her children Richard (Beth) Wall, Patrick Wall & Kathleen (Donald) Gould; her grandchildren Michele, Richie, Bob, Holly, Cas-si, Heather and Robert; along with her great-grandchildren. She leaves behind her beloved Mann Brothers; Robert (Patricia), Buck, John & Cricket (Joan). Kay is also survived by her loving in-laws, Barbara (Virgil) Hulsey & David Wall. She is preceded in death by her parents, sister Laura & cherished hus-band Dean. Kay was closely connected with and firmly committed to her countless loved ones; including her nieces, nephews, cousins and lifelong friends. It was a source of pride for her to know about the lives of those she considered dear to her heart. She was simply, THE BEST. The Lord giveth and the Lord taketh away. Blessed be the name of the Lord.

To send flowers to the family or plant a tree in memory of Marilyn Kay Wall, please visit our Heartfelt Sympathies Store.

Receive notifications about information and event scheduling for Marilyn

We encourage you to share your most beloved memories of Marilyn here, so that the family and other loved ones can always see it. You can upload cherished photographs, or share your favorite stories, and can even comment on those shared by others.

Barbi, Tasha, Mandee & family, and other have sent flowers to the family of Marilyn Kay Wall.
Show you care by sending flowers

Posted Mar 12, 2019 at 05:27am
Kay's caring and kindness was shown to us who were no longer in Polson, but in her heart, by her wonderful uplifting lettets , cards, and calls. She remembered each happening in my family, praying for us, just caring in her very special way. When we get to heaven, we will celebrate, lives well lived, supported by life long friends like Kay. Can't you smell Apple pie already?

Posted Mar 09, 2019 at 11:43pm
Grandma Kay, your kindness, strength, and character are lessons the world needs more of! Thanks for the stories! Love you! 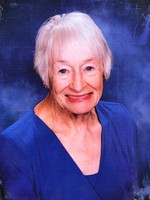