To share your memory on the wall of Marvin Carlyle, sign in using one of the following options:

Print
Marvin Charles Carlyle, 82, of Polson, passed away on October 30, 2019 at St. Joseph Hospital in Polson with his family and friends close by. Marvin was born on August 16, 1937 in Ronan, Montana the son of Richard and Gladys Carlyle.

Af... Read More
Marvin Charles Carlyle, 82, of Polson, passed away on October 30, 2019 at St. Joseph Hospital in Polson with his family and friends close by. Marvin was born on August 16, 1937 in Ronan, Montana the son of Richard and Gladys Carlyle.

After attending grade school in Pablo, Marvin went to Ronan High School. Sports were his specialty, and he lettered in football, basketball, and track nearly every year. During this time, Marvin was very active in 4-H, winning many awards. He then attended Montana State University in Bozeman where he later graduated.
The history of Marvin’s family in Lake County goes back generations. His father, Richard Carlyle, was a farmer, rancher, and operated a sand and gravel business. He provided the gravel for the construction of Allen Town. His mother Gladys was a very skilled piano teacher. She would have up to 45 students. If the family didn’t have the resources, she would provide lessons for no charge. She also played piano at church.

In 1957, Marvin met and married Joyce Wigfield. Their son Craig Carlyle was born in 1958.

Marvin was always very active and enjoyed working on building projects outdoors. He never minded getting his hands dirty. He remodeled and built houses in Bozeman, Missoula, Ronan, Pablo, Polson, and Rocky Point Road on the west shore of Flathead Lake. He coordinated major improvements on the family cabin, boat house, and bunk house in Indian Bay.

Marvin loved to drive moving and storage vans. He transported household goods for Beacon Van Lines. He enjoyed traveling throughout the United States. His wife Joyce accompanied him on many of his trips. He pretty much retired after a trailer fire.

Marvin was the Captain and tour guide aboard the PRINCESS, a 45 passenger vessel at Kwa Taq Nuk Resort and Casino in Polson. Marvin wrote a detailed commentary on Flathead Lake. A full-time job that Marvin had was driving school bus for Polson School District. It included driving on country roads in the winter. He had the honor of driving the sports teams in three counties.

On March 1, 1984, Marvin received the sad news that his son, Craig Carlyle had died. Marvin and Joyce worked together closely for the funeral services for Craig. After being apart for over seventeen years they fell in love again and Marvin remarried Joyce.

The history of Marvin as a father grew in a wonderful way when he and Joyce gained two brothers, Bill and Doug who were 14 and 15 at the time. Their mother had been killed in a car accident and their father was rarely home due to his job as a pilot for Montana Power Co. Bill and Doug Wyman are married with 3 children each and are pilots. Marvin always felt very lucky to be extended family.

Marvin is preceded in death by his wife, Joyce Carlyle, his son Craig Carlyle, his mother and father, Gladys and Richard Carlyle, his sister Marilyn Boyle, and his nephew Christian Carlyle.

He is survived by his spouse Patty; sister Colleen Tafoya and her sons, Dan (Shirley), Jeff (Amanda), and Richard Tafoya; brother Richard (Rosiland) Carlyle and his daughter Kimberly (Jeff) Hayes; honorary sons William (Jennifer) Wyman and their children, William, George, and Maxwell Wyman and Douglas (Heidi) and their children, Mia, Marcus, and Michael Wyman as well as numerous nieces, nephews, and grand nieces and nephews and extended family and friends.
Read Less

To send flowers to the family or plant a tree in memory of Marvin Charles Carlyle, please visit our Heartfelt Sympathies Store.

We encourage you to share your most beloved memories of Marvin here, so that the family and other loved ones can always see it. You can upload cherished photographs, or share your favorite stories, and can even comment on those shared by others.

Posted Nov 06, 2019 at 06:05pm
We offer our sympathy for Marvin's departure. I was remembering the day in 1945 when we were in the 2nd grade and another boy broke Marvin's arm on the school yard in Pablo. Marvin and I (Tony) went to school together from the 2nd grade through High School and started college together at Bozeman. Marvin graduated while I quit college. We also played football together in High School. There are a lot of memories. Our last visit was at the 50th class reunion of the Ronan High School class of 1955. I recall Marvin doing the cooking at the barbeque on the Sunday of the event.

Thank you for sharing such wonderful memories! He will be greatly missed!
C

Posted Nov 05, 2019 at 01:20pm
We send our sympathy for your loss of this good man, Marvin. We wish you peace and comfort . My brother, Tony Charvat, was a classmate and we were fellow Pablo students. God bless you all.

Posted Nov 04, 2019 at 05:45pm
Marvin and Joyce Carlyle were wonderful neighbors to Jim and I. Before buying our home next door to them, the owners ( who lived in Yuma, AZ) told us to get in to look at the house any way we could, as the former tenet hadn’t returns the keys. Marvin helped us get in, which began 15 years of wonderful neighboring. Tanya, I’m sure would be proud to know her sons were lucky to have Marvin and Joyce in their lives, especially, during those teen years. Marvin was truly a great and caring man. We will miss him. Artie Summers
Comment Share
Share via:
JW

Our families have been truly blessed by the love that both Marvin and Joyce have given us. I told them often that they deserved a medal for raising two teenage boys. Now that my boys are teenagers I believe this even more. They both were amazing people and will be greatly missed. Thank you for your condolences. 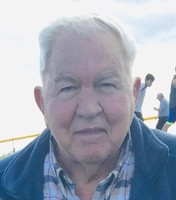