To share your memory on the wall of Mary Havlovick, sign in using one of the following options:

Besides Joe, Mary's surviving family include her children and their spouses: Denise and Don Rankin; Greg and Myrna DuMontier; Brian and Linda DuMontier; her stepchildren Penny and Ted Fogelstrom; Peg Havlovick; Brad Havlovick; and Brian and Lisa Havlovick. She is also survived by her cousin, Margaret Fetch, who was raised with Mary as a sister; five grandchildren; seven step-grandchildren; great grandchildren; and numerous nieces and nephews.

Mary was preceded in death by her parents, sister Belva Hirst, brothers Gail and Clair Dickson, and cousin Ethel Holder who was also raised as a sister.

Mary's big heart encompassed her lifelong love of God, her family, extended family, and the natural beauty of the Flathead Reservation which she always called "home." Mary is cremated according to her wishes with a memorial held at The Lake (formerly Grogan) Funeral Home and Crematory, Thursday, October 31, 2019, at 2:00 pm.
Read Less

To send flowers to the family or plant a tree in memory of Mary Ellen Havlovick, please visit our Heartfelt Sympathies Store.

Receive notifications about information and event scheduling for Mary

We encourage you to share your most beloved memories of Mary here, so that the family and other loved ones can always see it. You can upload cherished photographs, or share your favorite stories, and can even comment on those shared by others.

With much love. Bob and Linda Morris. Polly Hall sent flowers to the family of Mary Ellen Havlovick.
Show you care by sending flowers

With much love. Bob and Linda Morris. Polly Hall

Posted Oct 30, 2019 at 11:43pm
Sweet Mary, We were so blessed when when you joined our family. Not just as a wife, but also a cherished aunt and sister. We'll miss you.

With much love. Bob and Linda Morris. Polly Hall purchased flowers for the family of Mary Havlovick. Send Flowers 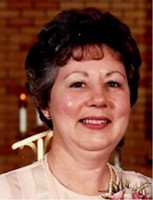