To share your memory on the wall of Olthenia Bullock, sign in using one of the following options:

Irene was born in Long Beach Ca. Feb. 19, 1930 to Henry (deceased 1998) and Olthenia Mitchell (deceased 1967). She was the oldest of the Mitchell children (Ethel Marie Lemon, Henriette Josephine Day, Rose Mary Riebe (deceased 2012), and Henry Jerrold Mitchell). In 1948 she married Charles Banks and they became parents to Larry Lee and Laura Lee. In 1958 she and Charles were divorced and she decided to follow her parents to Superior Montana and help run the French Dairy they had recently purchased. Life was good!! Kids were happy and then out of the blue she met the love of her life, Donald Bullock while working at the Cedars Logging Camp. They were married in 1959 and became the parents of Donna Lee. Soon after, Donald adopted Larry and Laura. Life was just getting better and better until 1964 when Donald was involved in a tragic accident at the Diamond Match Mill and passed away. In 1967 Irene decided to go back to her California roots to raise Laura and Donna. Life was OK, but in 1972 she decided in to raise Donna in Montana so back to Montana they went! For the next 47years she lived and worked in Polson. She joined a bowling league, made her famous pickled beets for all the family gatherings, made tons of friends in Polson and enjoyed watching her grandchildren grow up.

Larry and Jerrie provided Gary and Dale Bullock, Laura provided Tessa McCarley and Donna provided Donald and Darryl Perkins. Life was good! And then it got better, the great-grandchildren!! Gary provided Hank and Kate, Tessa provided Jaxon, and Darryl provided Gracie and Juliana.

As per Irene’s wishes there will be a memorial graveside service at the Superior Cemetery in Superior Montana where she will be placed with Donald on August 25, 2019 at 10:00 a.m. Friends and family are invited. No flowers or money, just bring a good story about Irene to share with us all! Laughter is good for the soul and helps with the healing!! Irene will be there and we know what she would be saying if she could…..”OH MY WORD”! I CAN’T BELIEVE I LIVED 89 YEARS! LIFE WAS GOOD!!!
Read Less

Receive notifications about information and event scheduling for Olthenia

There are no events scheduled. You can still show your support by sending flowers directly to the family, or planting a memorial tree in memory of Olthenia Irene Bullock.
Plant a Tree

We encourage you to share your most beloved memories of Olthenia here, so that the family and other loved ones can always see it. You can upload cherished photographs, or share your favorite stories, and can even comment on those shared by others.

Keith Johnson purchased flowers for the family of Olthenia Bullock. 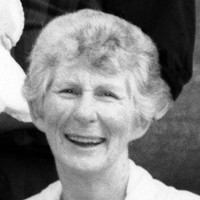