To share your memory on the wall of Patrick McClure, sign in using one of the following options:

Provide comfort for the family of Patrick McClure with a meaningful gesture of sympathy.

Print
Patrick Scott McClure made his journey to the Great Creator on Saturday February 2, 2019. He was embraced by his family that have gone before him. His father Roy, mother Lois, brothers Richard, Paul, Baby Jimmie and his sister Sharon.

Sc... Read More
Patrick Scott McClure made his journey to the Great Creator on Saturday February 2, 2019. He was embraced by his family that have gone before him. His father Roy, mother Lois, brothers Richard, Paul, Baby Jimmie and his sister Sharon.

Scott was born October 19th, 1947 in St Ignatius, Montana and shortly after the family soon moved to Polson where Scott attended Public School with his siblings. Scott was and has always been well liked for his unique sense of humor, warming smile and caring personality. He was a man of his word and taught his family the importance of being a hardworking and honest person.

He left school early to join the Army and serve in Vietnam with the 25th Infantry Division at Cu Chi and other Army posts. For his bravery and service, he was awarded the Vietnam Service Medal, National Defense Service Medal, Vietnam Campaign Medal, and Overseas Bar.

Following his service, Scott re-joined his family in Missoula in 1966. It was then that he met, courted and married the love of his life, Bonnie in 1968. The two of them settled in Evaro, Montana and began a lifetime together.

Scott accepted an apprenticeship as a pressman and soon became the Press Foreman for the Missoulian, where he worked for over 20 years. In 1988 Scott made the decision to return to school and begin his new career as a Registered Nurse. He graduated from Salish Kootenai College and had a long successful career for caring for others in need at St Patrick Hospital and other various clinics and medical practices.

Scott was a proud member of the Confederated Salish Kootenai Tribes, his great grandfather walked out of the Bitterroot Valley with Chief Charlo and his people in 1891.

He enjoyed spending time outdoors going on trail rides, hunting, and camping with his family. In later years he enjoyed sitting on the deck having cigar talks with family and friends.
Although Scott had much to be proud of in his lifetime the most important thing to him was the love of his family and friends. Scott and Bonnie celebrated nearly 51 years of a beautiful partnership that was admired by many. Together they had three daughters, Dawn McClure (Scott Wiest), Heather Regan (Matthew) and Kimberly McClure. Six beloved grandchildren Molly (Kory), Anna-Marie (Jesse), Joshua, Gabriel, Dean and John “Jack”, as well as three great grandchildren, Ahriannah, Kase and Raylan.

Scott is survived by his oldest brother Roger. Scott will be greatly missed in the hearts of many including family, friends, and all that had the privilege of knowing him. Scott always told his daughters that death was a part of life which we should embrace. We all, as a family, will be reunited someday.

Funeral Services for Scott will be held on Saturday, February 9, 2019 at 2:30 P.M. with a Rosary at 1:30 P.M all at The Lake Funeral Home, 101 6th Avenue East in Polson. Burial will follow services at Lakeview Cemetery with full military honors. In lieu of flowers, please donate to Valor House, P.O. Box 7644, Missoula, Montana.
Read Less

We encourage you to share your most beloved memories of Patrick here, so that the family and other loved ones can always see it. You can upload cherished photographs, or share your favorite stories, and can even comment on those shared by others.

Flowers were purchased for the family of Patrick McClure. Send Flowers

Posted Feb 07, 2019 at 08:07pm
my heartfelt condolences to all of his family . I knew him from ST Patrick's hospital . He took great care of my friend Oliver .. He was kind ,caring ,and compassionate ,, I think of him often thru the years gone by. . I wish all of the family the best in this time of grief. I am so very sorry for your loss . Melissa Tuckerman
Comment Share
Share via: 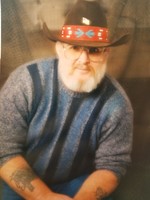 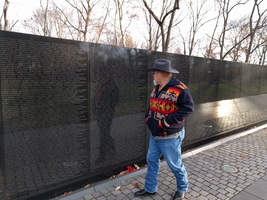 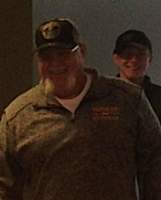 Walking in to his surprise 70th birthday
3
4
Add Photos