To share your memory on the wall of Robert Carman, sign in using one of the following options:

Robert would say he had 7 children. He had 2 daughters from a previous marriage, Tulana and Taralea. In 1985 he married Marcia Elizabeth Mathias and had Roberta, Antoine, and Dorthea, to add to Harlan and Freda.

Robert was a hard worker all his life. He was a long-time cashier and manager at many places including Town Pump in Ronan and Polson and Joe’s Jiffy in Pablo, all of which kept him well known and liked all around the Mission Valley since he moved here in 1984.

Robert was preceded in death by his father, 2 sisters, and his beloved wife Marcia to whom he was proudly married to for 32 years.

To send flowers to the family or plant a tree in memory of Robert Lee Carman, please visit our Heartfelt Sympathies Store.

Receive notifications about information and event scheduling for Robert

We encourage you to share your most beloved memories of Robert here, so that the family and other loved ones can always see it. You can upload cherished photographs, or share your favorite stories, and can even comment on those shared by others. 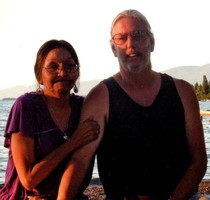