To share your memory on the wall of Rodger Peek, sign in using one of the following options:

Lindy grew up in Polson and attended Polson schools. After school he started work at Dupuis Lumber Mill and The Plywood Mill. In 1966, he enlisted in the US Army. Served in Vietnam from December 1966 to November 1967 as a member of the famous “Swamp Rats” of Company A, First Battalion, 18th Infantry, 1st Infantry Division. There he was awarded the Purple Heart, Bronze Star, and the Combat Infantry Badge. He then returned home to Polson where he met his wife of 50 years, Joydell Korf. He then went to work for the City of Polson and was a member of the Polson Volunteer Fire Department for 20 years and retired as a Captain. He was also a member of the Polson Elks and Polson VFW.

Lindy was a very loving, kind, and giving person that never lost his sense of humor. He loved his coffee at Price’s with his brother Virgil and later at The Driftwood with his granddaughters Jerrica and Logan.Lindy loved his family and people he took in that he considered family. He loved with all his might. Lindy was selfless, giving, compassionate, and a pillar to his family and friends.

He was preceded in death by his parents Dewell and Virginia, father and mother in law, Norman and MarJean Korf, sister Sherrie Lukabaugh, son Gregory Peek, and granddaughter Kaydence McCrea.

A memorial service will be held Friday, November 13, 2020 at 1:00 pm at The Lake Funeral Home and Crematory.

To send flowers to the family or plant a tree in memory of Rodger Lind Peek, please visit our Heartfelt Sympathies Store.

Receive notifications about information and event scheduling for Rodger

We encourage you to share your most beloved memories of Rodger here, so that the family and other loved ones can always see it. You can upload cherished photographs, or share your favorite stories, and can even comment on those shared by others.

Morgan sent flowers to the family of Rodger Lind Peek.
Show you care by sending flowers

Posted Nov 15, 2020 at 05:45pm
Judy and I extend our heartfelt condolences for your loss of Lindy. He was "one of the good ones" and a friend for life. I will miss him and miss our visits when I can come home. Rest in peace Lindy. Love you brother, Butch
Comment Share
Share via:
M

Posted Nov 12, 2020 at 04:41pm
To Lindys family, our thoughts and prayers are with you. We are thinking of all of you today and wish we could be there. Sending love and hugs.

Flowers were purchased for the family of Rodger Peek. Send Flowers 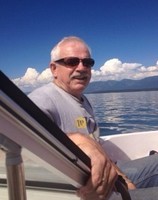