To share your memory on the wall of Ross Holcomb, sign in using one of the following options:

Ross was born on October 30, 1987 to Ronald Holcomb and Helen (Bushby) Tyree. Ross was known for his compassionate heart and love of the outdoors; however, it was his daughter, Angela that was truly the light of his life.

Ross graduated from Bigfork High School in 2006 and enlisted in the United States Marine Corps in 2007. Ross proudly served in the 2nd Battalion, 3rd Marine Regiment, 3rd Marine Division -- serving combat tours in both Iraq and Afghanistan. In 2011, Ross and his young family returned to their beloved home state, Montana. Ross studied at the University of Montana, Missoula and in 2017 was sworn in as a Deputy Sheriff in Lake County, MT.

An online memorial service is planned for later this month. A burial with military honors will be held at the Bigfork Community Cemetery this summer. In lieu of flowers, the family requests donations be made to a managed account for Angela.
Read Less

Receive notifications about information and event scheduling for Ross

There are no events scheduled. You can still show your support by sending flowers directly to the family, or planting a memorial tree in memory of Ross Walker Holcomb.
Plant a Tree

We encourage you to share your most beloved memories of Ross here, so that the family and other loved ones can always see it. You can upload cherished photographs, or share your favorite stories, and can even comment on those shared by others.

With all the prayers from the Friars of Most Blessed Sacrament Friary - our support and love to you, the family at this difficult time. We will continue to remember Ross and all of the family this week during our Masses and prayers. God bless you all. Jesus Mercy.
RS

Posted Apr 18, 2020 at 10:19am
Our condolences and prayers to the family. We did not know Ross but want to acknowledge our respect and gratitude for his Military service and as an officer of the law to his community. As a family of both veterans and law enforcement in Idaho, we honor this man. Rest in peace Ross...your End of Watch is calling you home to Our Lord and Savior
Comment Share
Share via:
PW

Posted Apr 11, 2020 at 06:48pm
Ross was a student in my Culinary Skills class at Bigfork High. I remember his wonder smile, great sense of humor, commendable work ethics, and how he was always polite and respectful to everyone. I wasn’t aware he had become a law enforcement officer, but believe he would have been a good one. I send my condolences and prayers for his family, classmates, co-workers, and friends. Pam Willison
Comment Share
Share via:
M

Posted Apr 10, 2020 at 11:47am
I’ve known ross since he was a kid, thoughts and prayers to his loved ones....Ross was walking ahead of me into the high school, I caught the wheel or my wheelchair on the uneven sidewalk, I took out ross in the process, since he was ahead of me.. poor kid never saw it coming
Comment Share
Share via:
JF

Posted Apr 10, 2020 at 10:55am
We are so sad to hear about Ross. We have such fond memories of him as a youngster and the wonderful young man he became. Our hearts go out to all who loved him.
Doug & Julie Fliehler
Comment Share
Share via: 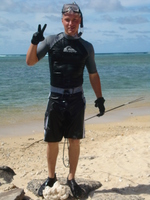 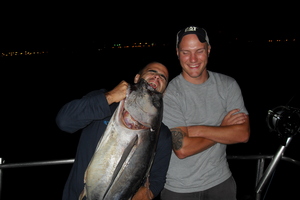 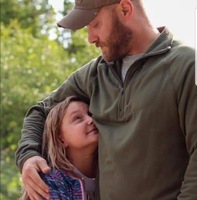