To share your memory on the wall of Stephen Niblack, sign in using one of the following options:

Print
Named for his grandfathers, Stephen Mills Niblack died at home March 27, 2019. He was born July 19, 1966 in Newark, New Jersey. He teased his parents for years because he was the only family member not born in Montana.

His schooling s... Read More
Named for his grandfathers, Stephen Mills Niblack died at home March 27, 2019. He was born July 19, 1966 in Newark, New Jersey. He teased his parents for years because he was the only family member not born in Montana.

His schooling started in Calgary. He then attended schools in Spokane and Missoula and high school in Boulder and Helena. After attending Missoula College, he began work in food service and developed his cooking talent in restaurants in Idaho. In his twenties, he moved to California where he was appreciated as a creative chef in mountain restaurants and resorts. His huckleberry barbecue sauce recipe won't soon be duplicated nor many menu items he created but never wrote down.

An active outdoors man nearly all his life, Stephen enjoyed hunting, fishing, boating, back country exploring, camping and time at the family Wild Horse Island cabin. His children have stories about endeavors to outdo his maternal grandfather and find that special camping spot “just another mile or so” farther into the wilderness. He was an avid birdwatcher and most recently enjoyed watching fledgling owls from his window.

To send flowers to the family or plant a tree in memory of Stephen Mills Niblack, please visit our Heartfelt Sympathies Store.

Receive notifications about information and event scheduling for Stephen

We encourage you to share your most beloved memories of Stephen here, so that the family and other loved ones can always see it. You can upload cherished photographs, or share your favorite stories, and can even comment on those shared by others.

Posted Apr 15, 2019 at 05:12pm
I don't know of you remember us, Tricia.
Karen and I met you at your wedding.
We met Steve when we rented a storage space on 35 from him a few years back as we were moving to Polson. He was a straight shooter - gave us a lot of good advice and info about the area. He was personable, easy to talk to and was squared away and professional about keeping our property safe. We are both sorry for his passing (too soon) and hope the family finds comfort in knowing that others admired him as a good man.
Comment Share
Share via:
JS

Posted Apr 11, 2019 at 10:42pm
We think of Steve and the following images come to mind. His eyes and brain were a view finder in seeing a wonderful picture. He had an instinct for seasoning food that was delicious & memorable. We remember his talent & intellect all seasoned with wit.
And now he is on his way to his next adventure & journey, free of pain leaving everyone who loved him to remember, rejoice in having been blessed with knowing him and to be grateful for his time here with his beloved family.
Comment Share
Share via:
J

Posted Mar 31, 2019 at 10:10pm
I love you dad all of the kids are asking about you the memories are abound and shall never stop flowing
Comment Share
Share via: 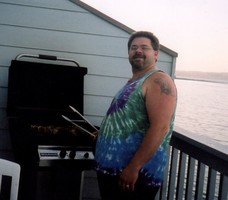 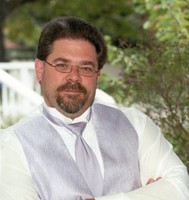 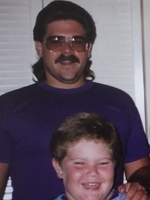